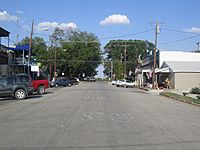 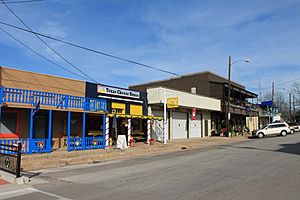 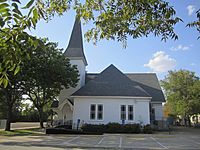 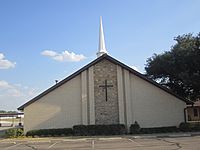 Lorena is a small city in McLennan County, Texas, United States. The population was 1,662 at the 2010 census. It is part of the Waco Metropolitan Statistical Area.

According to the United States Census Bureau, the city has a total area of 3.2 square miles (8.3 km2), all of it land. Lorena is off Interstate 35 and where Highway 81 originally was.

Lorena is named after one of the town's first settlers' oldest daughter, Lorena Westbrook, although its original name was "Aerl Station" after the town's founder, Daniel Aerl.

Lorena acquired national attention at the 1988 Democratic National Convention in Atlanta, Georgia, where the keynote address was delivered by then state treasurer and later Governor Ann Richards. As she called for the election of Governor Michael Dukakis of Massachusetts and then U.S. Senator Lloyd M. Bentsen of Texas as President and Vice President of the United States, Richards read a letter from an unnamed young mother in Lorena who described herself as "forgotten" by the national leadership.

According to Richards, the woman wrote:

"Our worries go from pay day to pay day, just like millions of others. And we have two fairly decent incomes, but I worry how I’m going to pay the rising car insurance and food. I pray my kids don’t have a growth spurt from August to December, so I don’t have to buy new jeans. We buy clothes at the budget stores and we have them fray and fade and stretch in the first wash. We ponder and try to figure out how we're gonna pay for college and braces and tennis shoes. We don’t take vacations and we don't go out to eat. Please don’t think me ungrateful. We have jobs and a nice place to live, and we’re healthy. We're the people you see every day in the grocery stores, and we obey the laws. We pay our taxes. We fly our flags on holidays and we plod along trying to make it better for ourselves and our children and our parents. We aren’t vocal any more. I think maybe we’re too tired. I believe that people like us are forgotten in America."

All content from Kiddle encyclopedia articles (including the article images and facts) can be freely used under Attribution-ShareAlike license, unless stated otherwise. Cite this article:
Lorena, Texas Facts for Kids. Kiddle Encyclopedia.