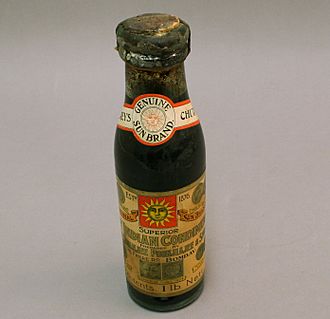 It has been described as a mild chutney compared to others that have a spicier flavour profile. In 1982, Major Grey's Chutney was described as being the most popular type of chutney used in the United States. 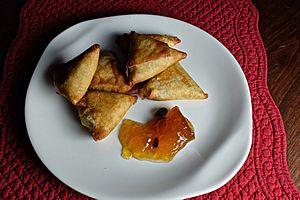 Commercial Major Grey's Chutney products typically contain similar ingredients, with some variations occurring in the formulations of the various products.

Major Grey's Mango Chutney is manufactured by Sun Brand in India and by Desai Brothers Ltd. in Poona, India under the brand name Mother's Recipe, and has been exported to Singapore.

A number of manufacturers mass-produce a "Major Grey's Mango Chutney" for sale in the United States and Canada, for example Patak's and Sharwood's. One of the oldest brands, reputedly the first manufacturer to popularise the chutney in the West, is Crosse & Blackwell, now partly owned by the J.M. Smucker Company. It has been suggested that Crosse & Blackwell purchased the formulation for Major Grey's Chutney, "probably in the early 1800s". Sn

All content from Kiddle encyclopedia articles (including the article images and facts) can be freely used under Attribution-ShareAlike license, unless stated otherwise. Cite this article:
Major Grey's Chutney Facts for Kids. Kiddle Encyclopedia.