Because the Manzanita Band is one of the Kumeyaay band of Indians, their culture has everything to do with the Kumeyaays. For example, Kumeyaay customs are passed through generations and they gather in both times of celebration and griefs. Kumeyaay Culture deals a lot with songs. Song showed them how to survive and contains the collective wisdom of the Kumeyaay. Some popular songs include the Bird Songs and the Eagle Dance. The social structure of the bands included the shiimull, which is an ancestral descent group, that is governed by a hierarchy of kwaaypaays. In 1769, when the Spanish arrived, there were around 50 and 75 shiimull, or bands existed. Each one of these bands included 5 to 15 family groups. Kumeyaay Indians also foraged for flora that they can use and hunt for animals depending on the season. Besides hunting for food,the Kumeyaay also planted trees and fields of grain,squash, beans and corn gathered and grew medicinal herbs and plants, and ate floras like fresh fruits, berries, pine nuts and acorn .They are also known for their basket weaving.The people had sophisticated practices of agriculture, plant and animal husbandry; maintained wild animal stocks, They also built dams and created watersheds that stored groundwater. Another thing was they also controlled erosion and overgrowth. 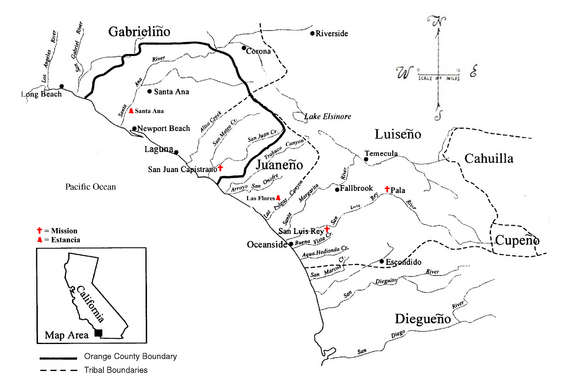 All content from Kiddle encyclopedia articles (including the article images and facts) can be freely used under Attribution-ShareAlike license, unless stated otherwise. Cite this article:
Manzanita Band of Diegueno Mission Indians Facts for Kids. Kiddle Encyclopedia.