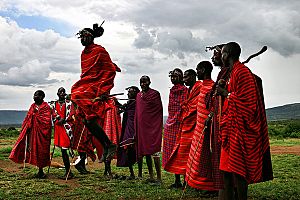 They live in the african savannah in animal reserves, for example the Masaai Mara reserve or the Serengeti.

Physically, they are very tall and slim. Everybody wears bandannas and beaded jewellry, even the men.