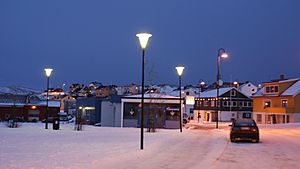 Mehamn is a small town north in Norway. In 2020 the population in Mehamn is 761 people. Mehamn is the administration center in the municipality of Gamvik.

The town has both an airport and a harbor where Hurtigruten docks. 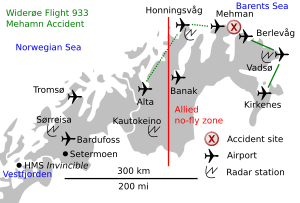 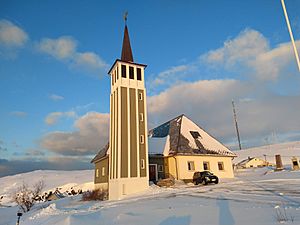 All content from Kiddle encyclopedia articles (including the article images and facts) can be freely used under Attribution-ShareAlike license, unless stated otherwise. Cite this article:
Mehamn Facts for Kids. Kiddle Encyclopedia.