Michael B. Fossel, M.D., Ph.D. (born 1950, Greenwich, Connecticut) is a former professor of clinical medicine at Michigan State University and is the author of several books on aging, who is best known for his views on telomerase therapy as a possible treatment for cellular senescence. Fossel has appeared on many major news programs to discuss aging and has appeared regularly on National Public Radio (NPR). He is also a respected lecturer, author, and the founder and former editor-in-chief of the Journal of Anti-Aging Medicine (now known as Rejuvenation Research). 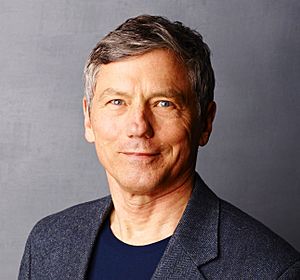 In addition to his position at Michigan State University, Fossel has lectured at the National Institute for Health, the Smithsonian Institution, and at various other universities and institutes in various parts of the world. Fossel served on the board of directors for the American Aging Association and was their executive director.

Fossel has written numerous articles on aging and ethics for the Journal of the American Medical Association and In Vivo, and his first book, entitled Reversing Human Aging was published in 1996. The book garnered favorable reviews from mainstream newspapers as well as Scientific American. A magisterial academic textbook by Fossel entitled Cells, Aging, and Human Disease was published in 2004 by Oxford University Press.

Since his days as a teacher at Stanford University, Fossel has studied aging from a medical and scientific perspective with a particular emphasis on premature aging syndromes such as progeria, and since at least 1996, he has been a strong and vocal advocate of telomerase therapy as a potential treatment of age-related diseases, disorders, and syndromes such as progeria, Alzheimer's disease, atherosclerosis, osteoporosis, cancer, and other conditions. However, he is careful to qualify his advocacy of telomerase therapy as being a potential treatment for these conditions rather than a "cure for old age" and a panacea for age-related medical conditions, albeit a potential treatment that could radically extend the maximum human life span and reverse the aging process in most people.

All content from Kiddle encyclopedia articles (including the article images and facts) can be freely used under Attribution-ShareAlike license, unless stated otherwise. Cite this article:
Michael Fossel Facts for Kids. Kiddle Encyclopedia.