Greenwich /ˈɡrɛnᵻtʃ/ is a town in Fairfield County, Connecticut, United States. As of the 2010 census, the town had a total population of 61,171. The largest town on Connecticut's Gold Coast, it is home to many hedge funds and other financial service companies. Greenwich is the southernmost and westernmost municipality in Connecticut as well as the six-state region of New England. It takes roughly 40-50 minutes by train from Grand Central Terminal in Manhattan. CNN/Money and Money magazine ranked Greenwich first on its list of the "100 Best Places to Live in the United States" in 2005. The town is named after Greenwich, a borough of London in the United Kingdom. 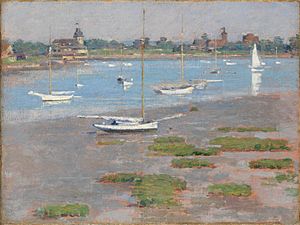 The town of Greenwich was settled in 1640. One of the founders was Elizabeth Fones Winthrop, daughter-in-law of John Winthrop, founder and Governor of the Massachusetts Bay Colony. What is now called Greenwich Point was known for much of the area's early history as "Elizabeth's Neck" in recognition of Elizabeth Fones and their 1640 purchase of the Point and much of the area now known as Old Greenwich. Greenwich was declared a township by the General Assembly in Hartford on May 11, 1665.

During the American Revolution, General Israel Putnam made a daring escape from the British on February 26, 1779. Although British forces pillaged the town, Putnam was able to warn Stamford. P1270020-300x225.jpg | Putnam Hill, where General Putnam escaped.

In 1974, Gulliver's Restaurant and Bar, on the border of Greenwich and Port Chester, burned killing 24 young people.

In 1983, the Mianus River Bridge, which carries traffic on Interstate 95 over an estuary, collapsed, resulting in the death of three people.

For many years, Greenwich Point (locally termed "Tod's Point"), was open only to town residents and their guests. However, a lawyer sued, saying his rights to freedom of assembly were threatened because he was not allowed to go there. The lower courts disagreed, but the Supreme Court of Connecticut agreed, and Greenwich was forced to amend its beach access policy to all four beaches. 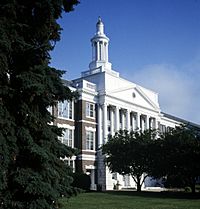 According to the United States Census Bureau, the town has a total area of 67.2 square miles (174 km2), of which 47.8 square miles (124 km2) is land and 19.4 square miles (50 km2), or 28.88%, is water. In terms of area, Greenwich is twice the size of Manhattan. The town is bordered to the west and north by Westchester County, New York, to the east by the city of Stamford, and faces the Village of Bayville to the south across the Long Island Sound.

The Hispanic population is concentrated in the southwestern corner of the town. In 2011, numerous neighborhoods were voted by the Business Insider as being the richest neighborhoods in America.

More than half of the island (on the west side) is a bird sanctuary off-limits to members of the public without permission to visit. The island is available for overnight stays for those with permits, otherwise the east side is open from dawn till dusk.

Great Captain Island is also off the coast of Greenwich, and is the southernmost point in Connecticut. There is a Coast Guard lighthouse on this island, as well as a designed area as a bird sanctuary. The lighthouse is a Skeletal Tower.

Island Beach or "Little Captain Island" once was the venue for the town's annual Island Beach Day. Ventriloquist Paul Winchell and his dummy, Jerry Mahoney, once came for a show, and on another occasion the National Guard let adults and children fire machine guns into the water, according to an article in the Greenwich Time.

Island Beach has changed over the decades. The bathhouse once on the island's eastern shore is gone, and erosion is slowly eating away at the beaches themselves.

Greenwich experiences a humid subtropical climate (Köppen climate classification Cfa). However, it is quite close to a humid continental climate. During winter storms, it is common for the area north of the Merritt Parkway to receive significantly heavier snowfall than the area closer to the coast, due to the moderating influence of Long Island Sound.

There were 23,230 households out of which 33.5% had children under the age of 18 living with them, 59.4% were married couples living together, 8.0% had a female householder with no husband present, and 30.1% were non-families. 24.8% of all households were made up of individuals and 9.9% had someone living alone who was 65 years of age or older. The average household size was 2.60 and the average family size was 3.12. 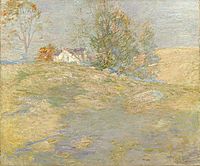 Greenwich is the wealthiest town in Connecticut with an Adjusted Equalized Net Grand List per Capita (AENGLC)of $679,857.09. The AENGLC is a combination of both the property tax base per person and income per person. This is a measure of the personal wealth of individual residents, considering their real estate and income. Darien is second with $567,716.62, and New Canaan third at $563,919.93.

A single-visit beach pass for non-residents to Greenwich Point (locally termed "Tod's Point" after the previous private owners), which is on a peninsula and so includes picnic areas, a beach and small marina, is $7 per person and $25 per car. Tickets must be purchased at the town hall, the Eastern Greenwich Civic Center, or Western Greenwich Civic Center. However, anyone can go to the point for free between November and April. The point has views of Manhattan, bridges connecting the Bronx and Queens, and Brooklyn and Staten Island, and newly built hi-rises in New Rochelle, New York.

There is also a community sailing center and rental area located in the park. Bicycling and roller-blading are popular sports on the trails and paths in the summer.

The town owns the Griffith E. Harris golf course. The 18-link course is named after "Griff" Harris, first selectman from 1952 to 1958. There are also eight country clubs in town with golf courses, and the Dorothy Hamill Rink is also in town.

Arch Street, The Greenwich Teen Center has age-specific programs and events on weekdays and weekends. It is the longest-running privately funded teen center in the nation. Arch Street is located at Roger Sherman Baldwin park. Every year in May, there is a Greenwich Town Party. The party has had performances from famous musicians such as Earth Wind and The Doobie Brothers (2015), the Temptations (2011), James Taylor (2012) (he sang Fire and Rain during a torrential rain shower), Paul Simon (2013), Santana and Buddy Guy (2014), John Fogerty and Hall and Oates (2016), Steely Dan (2017). 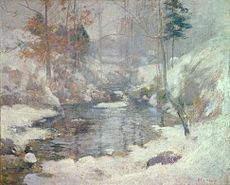 According to Greenwich's 2011 Comprehensive Annual Financial Report, the top employers in the town are:

The town is served by the Metro-North Railroad's New Haven Line (the four stations, from west to east, are Greenwich, Cos Cob, Riverside, and Old Greenwich) and is approximately a 50-minute train ride to Grand Central Terminal in Manhattan on the express train and a 60-minute ride on the local. The Amtrak Acela, Northeast Regional, and Vermonter trains stop in the adjacent city of Stamford.

Interstate 95 goes through the southern end of town, and there are four exits from I-95 in Greenwich, exits 2 through 5. The Boston Post Road (also known as East or West Putnam Avenue or simply Route 1) also goes through town, as does the Merritt Parkway, although the Merritt Parkway is a considerable distance from the downtown area. Interstate 684 passes through Greenwich, but cannot be entered or exited there, and the nearest interchange is at the Westchester County Airport in New York State.

Two bridges in Greenwich were among 12 in the state listed in "critical" condition by state safety inspectors as of August 2007. The Riversville Road bridge, built in the 1950s, now has a weight limit of 3 tons, but as of August 5, 2007, the bridge had not been inspected in over two years (in March 2005), according to state records obtained by the Hartford Courant, although a state official said the bridge was inspected in August 2005 and would be inspected again in August 2007. In the March 2005 inspection, the bridge's above-ground structure was deemed to be in critical condition, with other components in poor condition. The Bailiwick Road bridge in town was closed in April 2007 and remained closed as of August 2007 due to storm damage. The ratings for the two bridges were worse than the Interstate 35W bridge in Minneapolis, which collapsed during rush hour on August 1, 2007.

According to the DataHaven Community Wellbeing Survey, a statewide program funded by various agencies and philanthropies, 4% of adults in Greenwich are "transportation insecure," meaning that they have had to stay at home during the past year due to a lack of adequate transportation. The comparable rate for all adults statewide is 13%.

Greenwich originally had only three sister cities, but in recent years has added two more. In 2013 the Town also become sister city to Rose, Cosenza, Italy and Morra de Santctis, Avellino, Italy. An interesting fact to note is that today there are more descendants of Rosetani immigrants living in Greenwich, Connecticut than there are people living in the Town of Rose. :

All content from Kiddle encyclopedia articles (including the article images and facts) can be freely used under Attribution-ShareAlike license, unless stated otherwise. Cite this article:
Greenwich, Connecticut Facts for Kids. Kiddle Encyclopedia.