Tyrol is a federal state in western Austria. It has the Austrian part of the historic Princely County of Tyrol. The capital of Tyrol is Innsbruck.

The state is split into two parts– North Tyrol and smaller East Tyrol.

The state's territory is entirely in the Eastern Alps at the important Brenner Pass. The highest mountain in the state is the Großglockner. 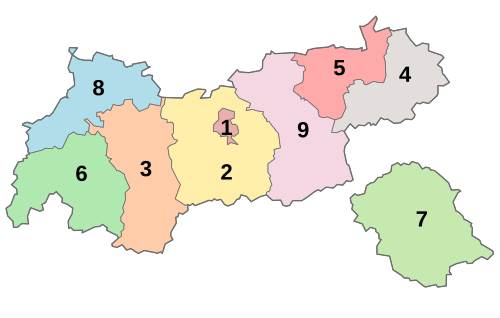 The nine districts in Tyrol 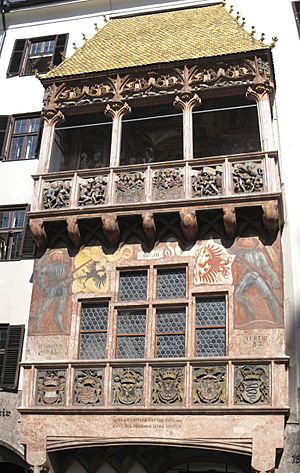 All content from Kiddle encyclopedia articles (including the article images and facts) can be freely used under Attribution-ShareAlike license, unless stated otherwise. Cite this article:
Tyrol (state) Facts for Kids. Kiddle Encyclopedia.