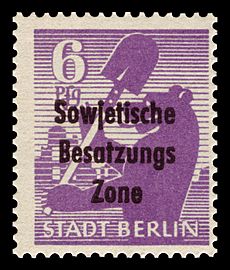 In most wars some territory is placed under the authority of the hostile army. Most occupations end with the cessation of hostilities. In some cases the occupied territory is returned and in others the land remains under the control of the occupying power but usually not as militarily occupied territory. Sometimes the status of presences is disputed by a party to the situation. The largest extending territories under military occupation came into existence as the outcome of World War I and World War II:

An Israeli military checkpoint in the occupied West Bank.

Occupation is usually a temporary phase, preceding either the handing back of the territory, or its annexation.

A significant number of post-1945 occupations have lasted more than two decades such as the occupations of Namibia by South Africa and of East Timor by Indonesia as well as the ongoing occupations of Northern Cyprus by Turkey and of Western Sahara by Morocco.

The world's longest ongoing occupation, and the longest in modern times by one single occupying power, is Israel’s occupation of the West Bank, including East Jerusalem (1967–present).

Other prolonging belligerent occupations that have been alleged include the occupation by the United Kingdom of the Falkland Islands/Malvinas (1833-present) which Argentina claims this as sovereign territory, of Tibet by China (1950-present), and of the Kingdom of Hawaii by the United States (1893-present). The War Report makes no determination as to whether belligerent occupation is occurring in these cases.

The most recent cases of occupation, which took place in the 21st century are the:

All content from Kiddle encyclopedia articles (including the article images and facts) can be freely used under Attribution-ShareAlike license, unless stated otherwise. Cite this article:
Military occupation Facts for Kids. Kiddle Encyclopedia.