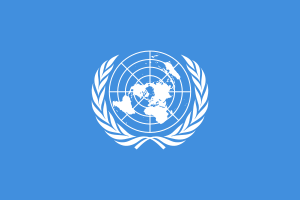 The Millennium Development Goals are a UN initiative.

The Millennium Development Goals (MDGs) are the eight targets of the United Nations. They were decided in 2000. All 189 United Nations member states (there are 193 now), and at least 23 international organizations, said they would try to help achieve the goals by 2015:

Each goal had specific targets, and dates for reaching those targets. To help progress, the G8 finance ministers agreed in June 2005 to provide enough funds to the World Bank, the International Monetary Fund (IMF) and the African Development Bank (AfDB) to cancel $40 to $55 billion in debt owed by poor countries. This was to allow them to use resources for improving health, education and reducing poverty.

Developed countries' aid for the MDGs rose during the period. More than half went for debt relief. Much of the rest went towards natural disaster relief and military aid, instead of development.

All content from Kiddle encyclopedia articles (including the article images and facts) can be freely used under Attribution-ShareAlike license, unless stated otherwise. Cite this article:
Millennium Development Goals Facts for Kids. Kiddle Encyclopedia.