Kids Encyclopedia Facts
Not to be confused with Moore Abbey.

Moor Abbey Franciscan friary was founded in the 13th century in County Tipperary, Ireland. It is today a National Monument.

Moor Abbey is located on the north bank of the River Aherlow, 1.2 km (¾ mile) east of Galbally. 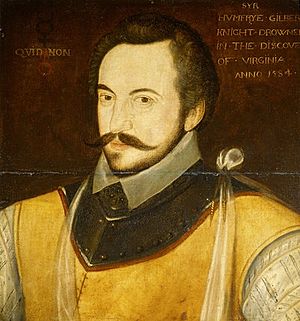 Moor Abbey was established by Donnchadh Cairprech Ó Briain, King of Thomond 1210–42. In 1471 a new church was constructed at the site, but burned down in 1472. The buildings that survive today date from that period.

In 1541 the friary was dissolved and later became the property of John, brother of James FitzGerald, 14th Earl of Desmond. In 1569, during the Desmond Rebellions, the abbey was burned by government soldiers led by Sir Humphrey Gilbert, originally from Devon and a half-brother of Sir Walter Raleigh. The following year Fr. Dermot O'Mulrooney and two other friars returned to the friary, but were murdered by government forces. The Franciscans came back again in 1645, only to be expelled by Cromwellian forces. It was 1658 before they could once again occupy the Abbey. They finally left for the last time in 1748 after a dispute with Fr. James Butler, Vicar-General of Cashel & Emly diocese and the abbey fell into ruin. The friars went to Mitchelstown, and the last friar of Moor Abbey died there in 1804. An attempt by the Royal Irish Constabulary to detonate the Abbey in 1921 failed.

The ruined church consists of a nave and chancel, separated by a tall bell-tower with sedilia. In the chancel is a double piscina. Beside the doorway in the north wall of the chancel is a font. No other buildings remain.

All content from Kiddle encyclopedia articles (including the article images and facts) can be freely used under Attribution-ShareAlike license, unless stated otherwise. Cite this article:
Moor Abbey Facts for Kids. Kiddle Encyclopedia.