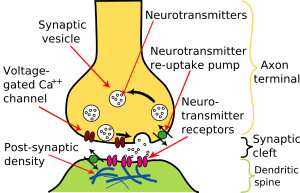 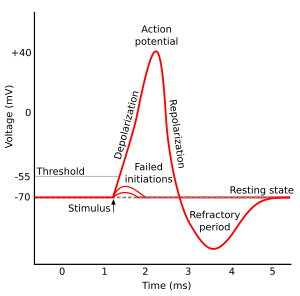 A nerve impulse is the way nerve cells (neurons) communicate with one another. Nerve impulses are mostly electrical signals along the dendrites to produce a nerve impulse or action potential. 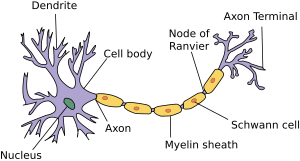 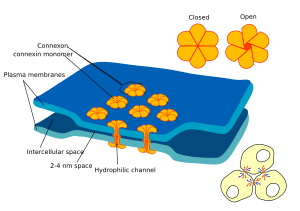 All content from Kiddle encyclopedia articles (including the article images and facts) can be freely used under Attribution-ShareAlike license, unless stated otherwise. Cite this article:
Nerve impulse Facts for Kids. Kiddle Encyclopedia.