New Tazewell is a town in Claiborne County, Tennessee, United States. The population was 3,037 at the 2010 census. 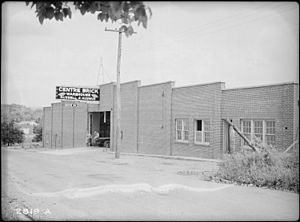 When the railroad line was built from Knoxville through Cumberland Gap in the late 1880s, it bypassed the town of Tazewell. It is uncertain whether the railroad was unable to obtain right of way, or whether the decision was made because of topography, but the railroad depot was built about two miles to the west of Tazewell. A new community sprang up around the depot, called Cowan City on old survey maps. The town was incorporated as New Tazewell in the 1920s, but the charter was voted down about fifteen years later. It was reincorporated in 1954. The town of New Tazewell was soon a thriving commercial location. Entrepreneur John L. Buis built a two-story brick building across from the train depot where he opened the Cherokee Hotel. The building also housed the first post office and a general store, and was served by a livery stable just down the street. Buis also bought farms in the area and opened a cannery in Tazewell where he produced canned goods to ship north by railroad. 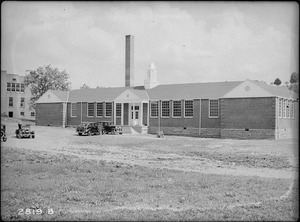 Burley tobacco production in the area provided a cash crop, and warehouses were built in the town for tobacco auctions in the late fall and early winter. Tobacco buyers came in by train and stayed at the hotel, with easy access to the warehouses by walking or by horse and buggy from the livery stable.

As burley tobacco production declined in the United States, the warehouses were abandoned, and the local economy shifted from farming to manufacturing. Today, the railroad carries freight from New Tazewell, mostly timber.

All content from Kiddle encyclopedia articles (including the article images and facts) can be freely used under Attribution-ShareAlike license, unless stated otherwise. Cite this article:
New Tazewell, Tennessee Facts for Kids. Kiddle Encyclopedia.