Nokesville is the center of a farming community with cattle and dairy farms; it became a town and intermediate stop on the Orange & Alexandria Railway in 1865. In the late 19th century–early 20th century, Nokesville was the location of a religious movement called the German Baptist Brethren, which became known as the Church of the Brethren. In the 1950s, it was cut off from passenger trains and remains a rural community today.

Marstellar Middle School is located nearby in Bristow, and middle school students formerly attended this middle school prior to the K–8 school opening. 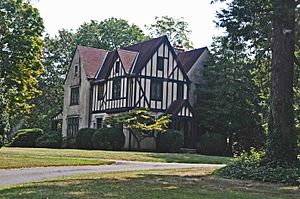 Union and Confederate forces passed by or camped here frequently during the war. Federal units pursuing Stonewall Jackson to Manassas Junction camped here in August 1862; fighting involving John S. Mosby's rangers flared near here and Confederates marched past on the way to nearby Bristoe Station in October 1863.

As Stonewall Jackson’s troops occupied and looted the railroad junction at Manassas Aug 27, 1862, Federal forces approached his rear guard at Kettle Run. The Confederates there managed to delay the Union force before withdrawing -Source

According to the United States Census Bureau, the CDP has a total area of 9.5 square miles (24.5 km²), all of it land.

The Nokesville postal delivery area borders Bristow to the north, Catlett to the west, Independent Hill to the south and Canova to the east. Most of the area consists of farms and wooded lands with the "Village" straddling Fitzwater Drive between Aden Road and Nokesville Road (SR 28), which consists of a U.S. Post Office, Carter Bank and Trust, Herf Jones Rings, Nokesville Print & Copy, Nokesville Library, Nokesville Tires, Nokesville Veterinary, and many other small businesses. On the same street is the former Nokesville Elementary and several churches.

Nearby is the Nokesville Fire Department and Brentsville High School. These are the only main collection of buildings in the area. Nearly all of the rest of the area is populated by small farms and more churches.

There were 488 households, out of which 30.7% had children under the age of 18 living with them, 64.5% were married couples living together, 9.2% had a female householder with no husband present, and 21.7% were non-families. The average household size was 2.77 and the average family size was 3.08.

The Nokesville Bridge, located off Aden Rd. is a place of controversy. Many have cited the one-way bridge as unsafe, yet it is heavily trafficked every day, mainly by commuters on their way to school. This also causes severe congestion, particularly during rush hour. There have been many proposals to replace the bridge, but they have been met with negativity by many of the community, claiming it has historical significance.

The Nokesville Fire Department is a census-designated place (CDP) hall of sorts. Besides featuring the VFD, it also is often rented out for banquets and town dances. It weekly features a Bingo night used to raise money for the fire department.

The Nokesville Ruritans host several notable events, such as the Brunswick Stew and Nokesville Day. The Brunswick Stew is usually held in the fall at Nokesville Elementary. It is an opportunity for members of the community to gather and purchase quarts of Brunswick Stew. There is typically music and a bonfire. Nokesville Day is a parade held the third Saturday in May that gives everyone in town a chance to gather on Fitzwater Dr. The fire department, local politicians, marching band, and Equestrian Society are only a few of the many regular participants. It also hosts hundreds of various vendors.

The Victory Baptist Church off Aden Rd. annually hosts a Fall Festival in October. Games, moon bounces, hayrides, and live music are often involved. Members outside of the church are encouraged to attend. The Nokesville Elementary also hosts a Fall Festival on an evening in October that offers kid friendly games and cake walks.

Football games at Brentsville District High School, particularly the Homecoming game each year are well-attended. In the week before the game, cheerleaders put the names and numbers of every football player on ball-shaped laminated signs. The signs line Fitzwater Dr. to advertise the upcoming games and encourage attendance.

The Northern Virginia Eagles of the USA Rugby League are based in Nokesville.

All content from Kiddle encyclopedia articles (including the article images and facts) can be freely used under Attribution-ShareAlike license, unless stated otherwise. Cite this article:
Nokesville, Virginia Facts for Kids. Kiddle Encyclopedia.