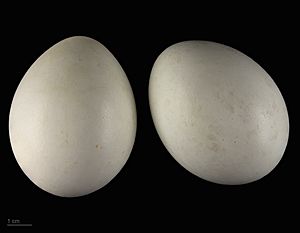 The northern goshawk Accipiter gentilis) is a medium-large raptor in the family Accipitridae.

There are other species in this genus, but this bird is spoken of as the goshawk because it has a wide range over most of Europe, Eurasia and North America. Probably only the golden eagle has a wider range.

The goshawk is a "true hawk", and its scientific name in Latin is Accipiter, which means "hawk".

In the Middle Ages only the nobility were permitted to fly goshawks for falconry.

It is mainly a resident bird, but those from colder regions migrate south for the winter. In North America, migratory goshawks are often seen migrating south along mountain ridge tops at nearly any time of the fall, depending on latitude.

All content from Kiddle encyclopedia articles (including the article images and facts) can be freely used under Attribution-ShareAlike license, unless stated otherwise. Cite this article:
Northern goshawk Facts for Kids. Kiddle Encyclopedia.