Notes on Nationalism facts for kids 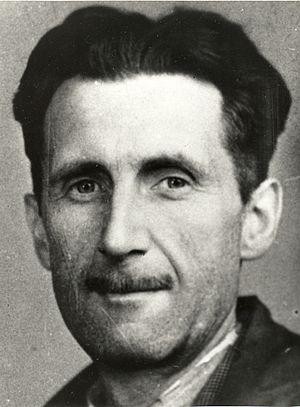 Notes on Nationalism is a well-known essay written by George Orwell. Orwell wrote the essay in May 1945, in a journal called Polemic, after the Second World War had ended. In the essay, Orwell describes his idea of nationalism as:

... first of all the habit of assuming that human beings can be classified like insects and that whole blocks of millions or tens of millions of people can be confidently labelled 'good' or 'bad.' ... [and] the habit of identifying oneself with a single nation or other unit, placing it beyond good and evil and recognising no other duty than that of advancing its interests.

Here, he links nationalism to political power, influence and factionalism. He says nationalism is not the same as patriotism, as patriotism "is of its nature defensive.... Nationalism, on the other hand, is inseparable (hard to separate) from the desire for power."

Transferred nationalism is a third kind. This is identification and promotion of a different race, social class, or country to your own.

Orwell's claim that only Scottish nationalists think that using the Lowland Scottish language is important has been criticised by speakers of the language.

Orwell's Notes on Nationalism have been used by people on the right-wing of Scottish politics (such as former Scottish Conservative leader Ruth Davidson) to argue against 'identity politics'.

All content from Kiddle encyclopedia articles (including the article images and facts) can be freely used under Attribution-ShareAlike license, unless stated otherwise. Cite this article:
Notes on Nationalism Facts for Kids. Kiddle Encyclopedia.