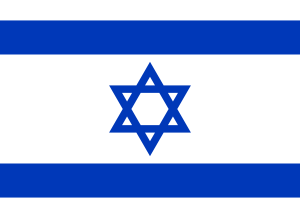 Flag of Israel, the flag was adopted as the official flag of Zionism in the 1890s

Zionism is the nationalist movement to create a sovereign (self-ruling) homeland for the Jewish people in the Land of Israel. This movement resulted in the creation of the State of Israel in 1948.

The word 'Zionism' comes from Zion, which means Jerusalem. Theodor Herzl started the Zionist movement. At the time, Palestine was controlled by the Ottoman Empire. The British during the First World War made a statement called the Balfour Declaration agreeing to support a Jewish homeland in Palestine.

Many Evangelical Christians believe that the migration of Jews to Palestine is linked to the apocalypse and prophecy, and therefore support it.

All content from Kiddle encyclopedia articles (including the article images and facts) can be freely used under Attribution-ShareAlike license, unless stated otherwise. Cite this article:
Zionism Facts for Kids. Kiddle Encyclopedia.