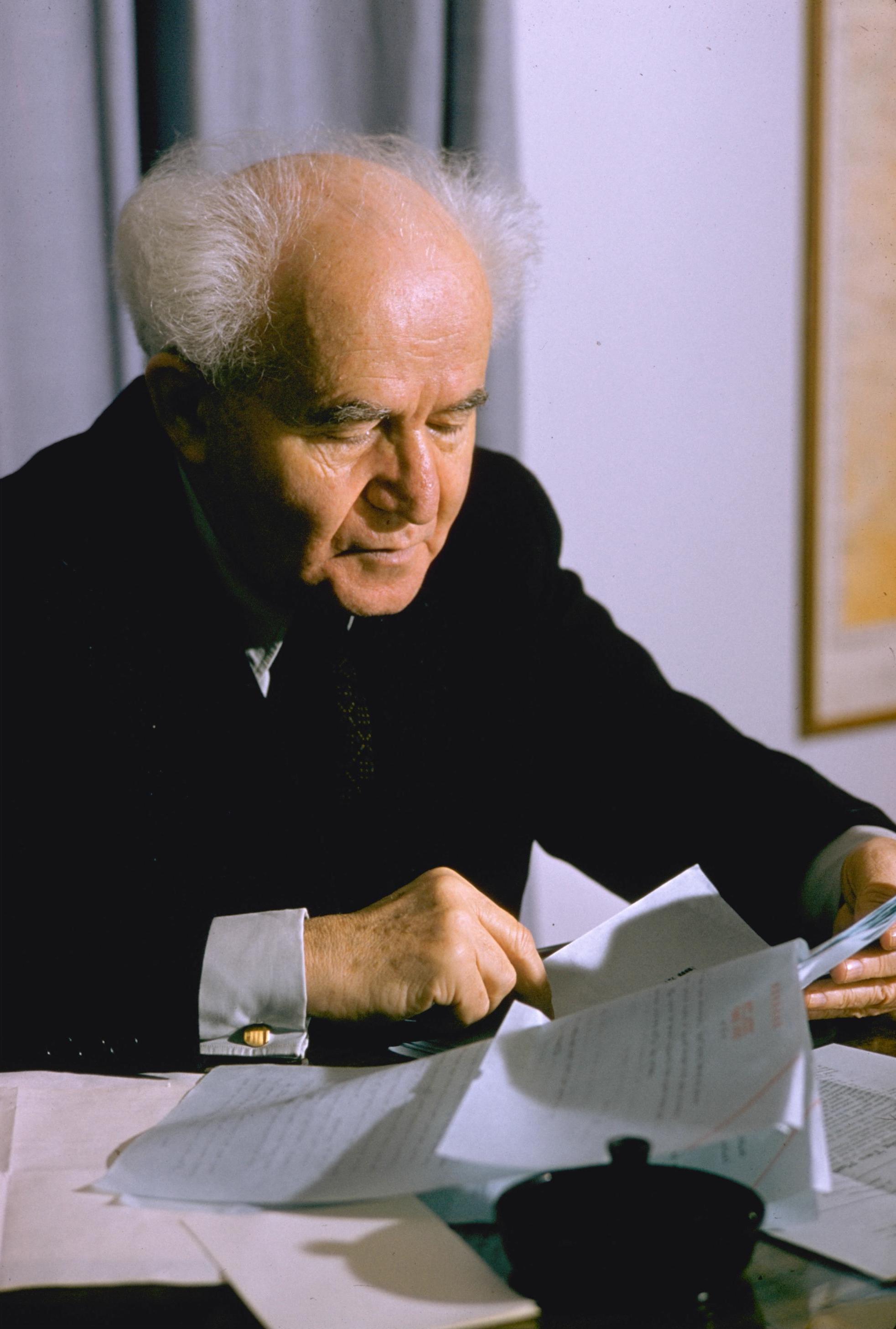 He was born in Płońsk, Poland and aspired to create a state of Israel for all the oppressed Jews of Europe. He moved to Palestine and worked as a farmer there until he was expelled during the First World War. After the war he came back and founded the “Confederation of Jewish Workers.” Then he became president of ‘’Mapai’’ or the Israeli Workers Party. Eventually he got what he wanted when the state of Israel was founded after World War II. After leading Israel to victory in the 1948 Arab-Israeli War, Ben-Gurion helped build the state institutions. He retired from political life in 1970 and moved to Sde Boker, where he lived until his death. He died of a stroke in Tel HaShomer, Israel.

After he died, Ben-Gurion was named one of Time Magazine's 100 Most Important People of the Century.

He is the country’s second longest-serving prime minister after Benjamin Netanyahu.

All content from Kiddle encyclopedia articles (including the article images and facts) can be freely used under Attribution-ShareAlike license, unless stated otherwise. Cite this article:
David Ben-Gurion Facts for Kids. Kiddle Encyclopedia.