The established nuclear industry in South Australia is focused on uranium mining, milling and the export of uranium oxide concentrate for use in the production of nuclear fuel for nuclear power plants. The state is home to the world's largest known single deposit of uranium, which is worked by BHP Billiton at the Olympic Dam mine. Contaminated legacy sites exist at Maralinga and Emu Field, where nuclear weapons tests were conducted in the 1950s and 1960s and at former uranium mines and milling sites. Nuclear waste is stored by CSIRO at Woomera and prospective future waste storage sites were earmarked during the deliberations of the Nuclear Fuel Cycle Royal Commission in 2016. The Commission has recommended that South Australia considers opportunities in nuclear waste storage (including developing a repository for spent nuclear fuel), the establishment of a nuclear fuel leasing scheme and the repeal of prohibitions which currently prevent future nuclear industrial development nationally. 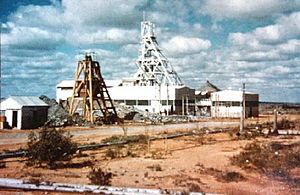 Uranium mining has occurred in South Australia, since the early 20th century, when radium was the target mineral in uranium-bearing ore. During the Cold War, the Playford government facilitated the development of the Radium Hill uranium mine and the associated Port Pirie uranium treatment complex. These closed in the early 1960s after a seven year contract of supply had been fulfilled. In the 1970s, the discovery of a massive uranium-bearing IOCG orebody near Roxby Downs led to the eventual opening of the Olympic Dam mine in 1988. In the 2000s, the sector expanded to include in-situ leach mining operations at Beverley, Four Mile and Honeymoon. As of May 2016, Beverley and Honeymoon mines are in care and maintenance mode owing to weak uranium prices in the wake of the Fukushima nuclear disaster.

Exploration for uranium in South Australia reached a record high in 2006 with forty companies exploring for the mineral.

Uranium mined in South Australia is exported, where it is used in the production of nuclear fuel for use in nuclear power plants. In 2013, uranium oxide concentrate produced in South Australia was being exported to Britain, France, Sweden, Finland, Belgium, Canada and the United States. In 2011, South Australian Premier Jay Weatherill expressed his support for exporting uranium to India, despite its status as a non-signatory to the Nuclear Non-Proliferation Treaty. By December 2015, no further barriers remained preventing such trade. 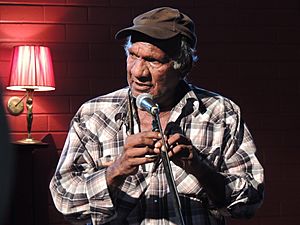 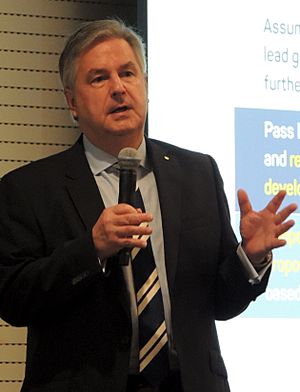 The prospect of storing nuclear waste in the tunnels of the Olympic Dam mine has also been speculated upon by opinion writers, politicians and the community.

Support for the development of new nuclear waste storage facilities in South Australia was expressed by the Committee for Adelaide on 6 May 2016.

The Nuclear Fuel Cycle Royal Commission's final report, which was delivered to the Governor of South Australia on 6 May 2016 recommended the consideration of the establishment of a repository for spent nuclear fuel in South Australia. The report was released in full on 9 May 2016.

A series of British nuclear weapons tests were conducted at Maralinga and Emu Field during the 1950s and early 1960s. Land remains contaminated at these sites and access is restricted.

Australia has no domestic nuclear weapons nor the capability to develop them. Australia is allied with countries which do maintain nuclear arsenals. As of 2016 the Liberal-National Coalition does not support a prospective ban on the possession of nuclear weapons, while the Australian Labor Party and Australian Greens do.

In 2015, a Nuclear Fuel Cycle Royal Commission was initiated by the Government of South Australia. It was tasked with investigating opportunities and risks associated with potential expansion of the state's role in the nuclear fuel cycle. Commissioner Kevin Scarce delivered its final report to the Governor of South Australia on 6 May 2016. The Commission's final report recommended the repeal of prohibitions preventing nuclear industrial development in Australia, including the legalisation of nuclear power generation. The report recommended the establishment of a facility to store international stockpiled spent nuclear fuel and the consideration of a nuclear fuel leasing scheme to accompany it. The latter was also described by the Commission as a potential enabler for future enrichment and fuel processing activities, though such further processing developments were deemed to not be feasible within the next decade. The establishment of nuclear power generation in South Australia was also deemed inappropriate given the state's high penetration of solar and wind power.

The Government of South Australia has allocated $3.6 million to the Department of the Premier and Cabinet for 2016-17 "to enable the government to engage with the community to develop an informed response to the Nuclear Fuel Cycle Royal Commission Final Report." 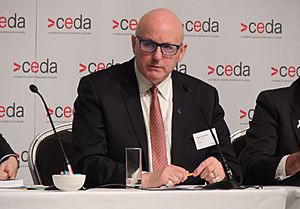 Following the conclusion of the Nuclear Fuel Cycle Royal Commission, the Department of the Premier and Cabinet established a "YourSAy nuclear?" website, advertising campaign and Citizens' Jury process. Managed by the New Democracy Foundation, the Citizens' Jury process randomly invited 25,000 South Australians to participate by post. Of those who accepted the invitation, a total of 350 jurors will be chosen to meet and discuss the Nuclear Fuel Cycle Royal Commission's final report, help produce a simplified version for further discussion, and ultimately express their support or rejection of its various recommendations. South Australian company DemocracyCo won the contract to facilitate the first Citizens' Jury. DemocracyCo spokesperson Emily Jenke described the process and its result as "one of the pieces the Premier and Government will be using to inform their thinking”.

The first Citizens' Jury was composed of 50 people and heard from a panel whose members are listed below. 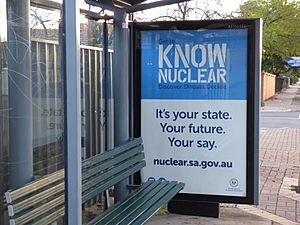 The first Citizens Jury produced a report after hearing witnesses and deliberating over four sitting days. Its publication was followed by the launch of a state-wide community consultation program coordinated by the Department of the Premier and Cabinet. The campaign carried the slogan "Get to know nuclear. Discover. Discuss. Decide" and included print, radio and television commercials, online discussions and community displays attended by DPC staff.

The Citizens' Jury process will inform State government decisions which are expected to be made in November 2016. 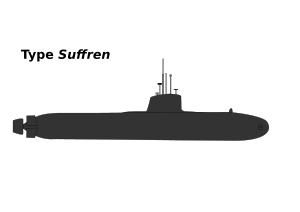 Profile of the Barracuda type submarine, with her pump-jet propeller and X-shaped stern planes.

The prospect of constructing nuclear submarines in South Australia has been raised on various occasions during the 2010s. Authors from UCL Australia have written opinion pieces and produced research papers on the topic. In 2016, the contract for the supply of Australia's Future Submarines Project was awarded to French company Direction des Constructions Navales Services (DCNS), and the Barracuda-class submarine was selected. The Barracuda-class submarine is currently a nuclear powered submarine, but the Australian Government has sought a modified design with diesel-powered pump jet propulsion. The other bidders which were competing for the tender do not make nuclear powered submarines. Australian Cabinet ministers have discussed the merits of keeping the nuclear propulsion option open by choosing the Barracuda-class design and the coalition government is supportive of nuclear industrial development in Australia.

In 2015, former Rolls Royce nuclear engineer and submarine expert Steve Ludlam was appointed to the Defence SA Advisory Board. 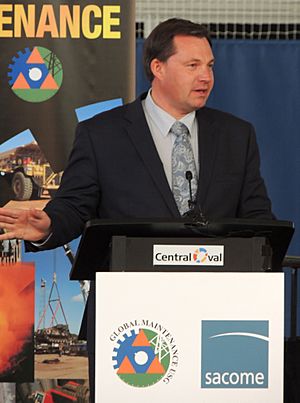 Support for expanding the nuclear industry in South Australia has been expressed by corporate uranium mining interests Western Mining Corporation (the first owners of the Olympic Dam mine), BHP Billiton (their successors) and the Rio Tinto group. Industry representative bodies have also expressed their support, including the Minerals Council of Australia and its predecessors, the Uranium Information Centre and the Australian Uranium Association. Other spokespeople supporting nuclear industrial development in South Australia include Richard Yeeles, Nigel McBride from Business SA and Jason Kuchel from the South Australian Chamber of Mines and Energy. Staff and students of UCL Australia have published research papers supporting the exploration of further nuclear industrial development in South Australia. Professor Stefaan Simons has advocated for the consideration of uranium enrichment and nuclear-powered submarines.

There has been considerable Australian resistance to uranium mining for some decades. There have been concerns that uranium drives the global nuclear weapons cycle, disturbs or degrades sacred sites, releases carcinogenic radon gas, and contaminates groundwater. Nuclear power is considered by opponents as an unsafe, centralised, and secretive energy option, which creates security risks. High-level radioactive waste management has also been another major concern.

Opponents to the expansion of nuclear industry in South Australia include the Australian Greens (whose spokespeople include Scott Ludlam and Mark Parnell), Friends of the Earth, the Australian Conservation Foundation and the Conservation Council of South Australia. Opposition has also been expressed by Kevin Buzzacott, Eileen Kampakuta Brown, Eileen Wani Wingfield and other elders of several indigenous peoples. The Desert Liberation Front has coordinated protest events at the gates of the Olympic Dam mine in 2012 and 2016 using the names The Lizard's Revenge and The Lizard Bites Back.

All content from Kiddle encyclopedia articles (including the article images and facts) can be freely used under Attribution-ShareAlike license, unless stated otherwise. Cite this article:
Nuclear industry in South Australia Facts for Kids. Kiddle Encyclopedia.