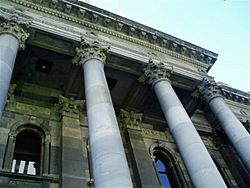 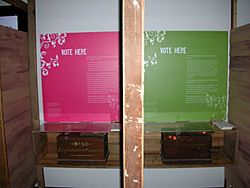 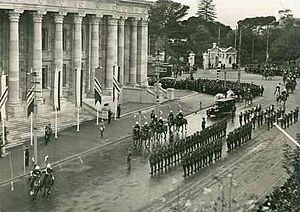 The Parliament of South Australia began in 1857, when the colony was granted self-government. Women gained the right to vote and stand for election in 1895, taking effect at the 1896 election.

South Australia became a state of the Commonwealth of Australia in 1901 following a vote to Federate with the other British colonies of Australia. While smaller than the Eastern states, South Australia has often been at the vanguard of political and social change in Australia.

The House of Assembly (or "lower house") is made up of 47 members who are each elected by the full-preference instant-runoff voting system in single-member electorates. Each of the 47 electoral districts (electorates) contains approximately the same number of voters, and boundaries are redistributed after each election by the Electoral Commission of South Australia, an independent body.

Government is formed in the House of Assembly by the leader of the party or coalition who can demonstrate they have the support of the majority of the House, and is called upon by the Governor to form government. The leader of the government becomes the Premier.

All content from Kiddle encyclopedia articles (including the article images and facts) can be freely used under Attribution-ShareAlike license, unless stated otherwise. Cite this article:
Parliament of South Australia Facts for Kids. Kiddle Encyclopedia.