The Pelham Islands are a group of islands in western Long Island Sound that belonged to Thomas Pell in the 17th century. The islands, and most of the surrounding area, were purchased from the Siwanoy Indians by Pell in 1654, creating Pelham Manor. This large tract of land would eventually become the present day Town & Village of Pelham and Pelham Manor, Town of Eastchester, and cities of New Rochelle and Mount Vernon in Westchester County, and the Pelham Bay and Eastchester neighborhoods of the Bronx in New York City. 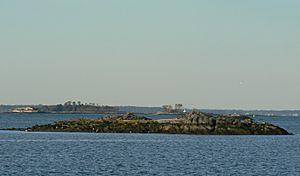 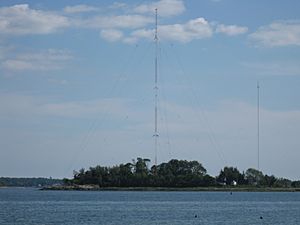 All content from Kiddle encyclopedia articles (including the article images and facts) can be freely used under Attribution-ShareAlike license, unless stated otherwise. Cite this article:
Pelham Islands Facts for Kids. Kiddle Encyclopedia.