Pelham is an affluent suburban town in Westchester County, New York, and Bronx County, New York approximately 10 miles northeast of Midtown Manhattan. As of the 2020 census, it had a population of 12,511, a 0.96% increase from the 2010 census. Historically, Pelham was composed of five villages and became known as "the Pelhams". Pelham currently contains two independently incorporated villages: the Villages of Pelham and Pelham Manor.

Approximately 28 minutes away from Grand Central Terminal by the Metro-North Railroad's New Haven Line, Pelham is home to many New York City commuters and has an active social community for its residents. The Bronx–Whitestone Bridge is approximately 8.5 miles (14 km) south of the town. It is also 13 miles (21 km) northeast of LaGuardia Airport and 19.5 miles (31 km) north of John F. Kennedy International Airport.

According to the United States Census Bureau, the town has a total area of 2.4 square miles (6.2 km2). It is directly north of the New York City borough of the Bronx and borders Eastchester, New Rochelle and Mount Vernon. It also includes a small portion of the borough of the Bronx, consisting of 1,444 residents as of the 2010 census. This small area, commonly called "Bronx Manor", consists of nine residential streets: Split Rock Road, Lincoln Avenue, Ropes Avenue, McOwen Avenue, Hutchinson Avenue, Flint Avenue, Hollers Avenue, Boston Road, Pelham Bay Park West, and Good Place. This location is technically located in the Bronx, and properties are taxed accordingly at Bronx rates. Students residing in this small portion of Pelham/Bronx are zoned for Pelham/Westchester public schools, per a 1948 contract between New York City and Westchester County. This portion of the Bronx shares the same fire department and police department as the town of Pelham. Bronx Manor residents enjoy the appeal of a New York City address with a Westchester telephone area code and exchange (914-738), and ZIP code (10803). This portion of the Bronx also includes Glover Field, the playing grounds for the athletic teams of the Pelham public schools. The name "Bronx Manor" is derived from a combination of the borough of the Bronx, and the village of Pelham Manor in Westchester. Bronx Manor is served by the Bx16 route of the MTA New York City Transit bus system, the only route in the entire five-borough system to extend beyond the border of New York City. Due to geographical constraints, the Bx16 must turn left from Ropes Avenue onto Boston Road, entering Westchester County at its final point of discharge/pickup. It is also one of very few MTA routes to travel on one-way streets in a residential neighborhood (Bronx Manor). This was designed, along with a specially-constructed island in the center of Boston Post Road, in order to accommodate residents of this neighborhood which had no access to other parts of the Bronx. It is also one of the rare examples of where a U-turn is permitted on a New York City thoroughfare (to accommodate the Bx16 route), and where a right turn on red is permitted. Residents of Bronx Manor are known to be quite particular regarding their status as Bronx residents with Westchester ZIP codes and Westchester privileges, having the benefits of both city and county life. As of 2016, it has been nine years (2007) since a Bronx Manor home has been placed on the market for sale. Residents of Bronx Manor, despite their Pelham ZIP code, are eligible for political jobs for which a New York City residence is required. 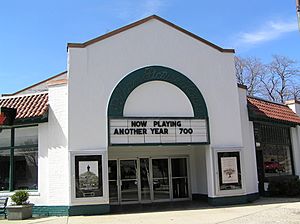 In 1654, Thomas Pell bought the area within the present-day town from the Siwanoy Indians. He named his manor "Pelham" in honor of his tutor, Pelham Burton.

The Pelham Picture House was added to the National Register of Historic Places in 2010. 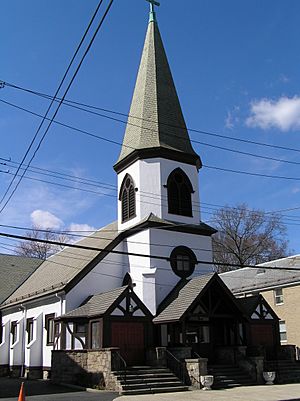 St. Catharine's was originally a mission church of St Gabriel's parish in New Rochelle. In July 1896 a frame church was built on land donated by Mr. and Mrs. Patrick Farrell. In December 1897 St. Catharine's became a separate parish with Rev. Francis P. McNichol as first pastor. A school was established in 1904, staffed by the Sisters of St. Francis. At the end of the school year in 1983 St. Catharine's School closed bringing to an end 75 years of Catholic education in the parish. The school building was converted to a Parish Center to provide space for Religious Education classes, parish activities and groups to meet. A new church was dedicated in 1909.

In 1936 W.T. Grant, who owned the chain of five-and-ten cent stores, gave property in Pelham Manor to St. Catharine’s to serve as a “mission” for what became Our Lady of Perpetual Help. In 2014 it was announced that the parishes of St. Catherine's and Our Lady of Perpetual Help would merge, with the newer, larger OLPH designated as the parish church. However, St. Catharine’s Church in the Village of Pelham was retained as a worship center.

There were 4,149 households, out of which 41.3% had children under the age of 18 living with them, 64.4% were married couples living together, 9.7% had a female householder with no husband present and 23.1% were non-families. 19.4% of all households were made up of individuals, and 8.3% had someone living alone who was 65 years of age or older. The average household size was 2.86 and the average family size was 3.31.

On Amtrak, Pelham is located closest to the New Rochelle, New York stop ("NRO"), on the Northeast Corridor Line. On Metro-North Railroad, the Pelham station stop is within Fare Zone 12 on the New Haven Line. Pelham is also about 28 minutes from Grand Central Station, Manhattan, New York.

Pelham is home to four elementary schools (two located in each village), one middle school, and one high school. The elementary schools are Hutchinson, Colonial, Siwanoy, and Prospect Hill. Pelham Middle School and Pelham Memorial High School gather students for all of Pelham. These are all part of the Pelham Union Free School District. There are also several private and religious based schools. Since 1948, New York City has paid the district to educate children who live in Bronx Manor, as doing so is less expensive than sending school buses there.

All content from Kiddle encyclopedia articles (including the article images and facts) can be freely used under Attribution-ShareAlike license, unless stated otherwise. Cite this article:
Pelham, New York Facts for Kids. Kiddle Encyclopedia.