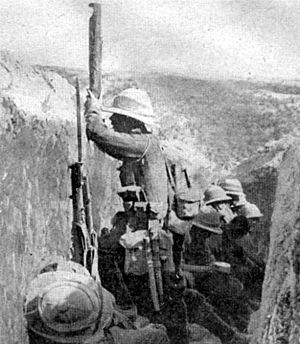 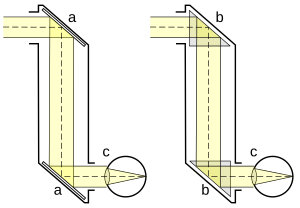 Design of a persicope. The model on the left uses mirrors, the one on the right uses prisms

A periscope is an optical instrument that is used to watch a scene from cover. The classical design uses a number of mirrors or prisms, and is used in tanks and submarines.

All content from Kiddle encyclopedia articles (including the article images and facts) can be freely used under Attribution-ShareAlike license, unless stated otherwise. Cite this article:
Periscope Facts for Kids. Kiddle Encyclopedia.