Places of worship in Malvern, Worcestershire facts for kids

Among the places of worship in the town and area of Malvern, Worcestershire are centres of dedication to many faiths and denominations. The town has 31 Christian churches with 11 belonging to the Church of England, ranging from low church to high Anglo-Catholic, two Roman Catholic, one Evangelical, and the others being Non-Conformist and other faiths. Its oldest place of worship is Great Malvern Priory which is all that remains of the former 10th century abbey of which according to the Worcester Monastic Annals, work began in 1085. The chain of Malvern Hills lies in a north-south direction, thus posing a challenge for the architects of Christian churches located on the steep slopes, chancels being traditionally sited at the east end of the building. Many churches were built in the 19th century concomitant with the rapid expansion of the town due to its popularity as a spa. A few modern buildings such as St Mary's Church (1960) in Sherrard's Green, have been constructed in the second half of the 20th century, and some churches, notably St Andrews in Poolbrook, have had important modern extensions added during the first decade of the 21st century.

All institutions are listed in alphabetical order by faith, denomination and facility. Some link to their more complete Wikipedia pages. 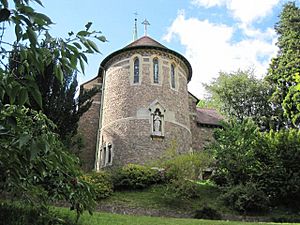 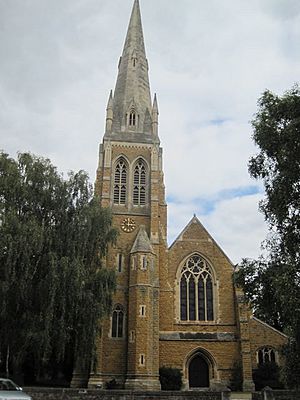 Style of worship: Standard Church Of England liturgy, 'relaxed and informal'.
Location: Avenue Road, Great Malvern, within 200 metres of Great Malvern station and Malvern St James School
Parish: Christ Church.
Built: 1875, the church is a Grade II listed building, and an English Heritage grant (2015) aided place of worship,
Architecture: Designed and built by T D Barry & Sons of Liverpool to seat 700 people, its architecture is based on pure 14th century Gothic style with a 55-metre spire and an east window by Charles Eomer Kemp.
Organ: 1,486 pipe organ constructed by Nicholsons of Malvern in 1884, restored and repaired in 1971 and 1986.
Bells: Two bells in the tower, a 6 cwt in C, and a 7 cwt in D were cast by John Taylor & Co, Loughborough in 1875.
Notable people in graveyard: The church does not have its own graveyard; burials take place in the nearby Great Malvern cemetery in Madresfield Road.
Incumbent: Canon Harold Goddard, vicar, 2015
Website: Christ Church, Malvern

Church of the Ascension 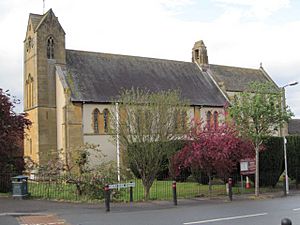 Church of the Ascension

Style of worship: 'Forward-looking Church of England using a modern Catholic liturgy based on an inclusive, liberal theology'.
Location: Somers Park Avenue, Link Top.
Parish: Malvern Link with Cowleigh. One of the three churches in the parish that also includes St Matthias' Church in Malvern Link and St Peter's Church in Cowleigh.
Built: 1903. Grade II listed building (1991)
Architecture: Early English Gothic by Gothic revival architect Sir Walter Tapper, his first church. Early English style in Cotswold stone with lancet windows, featuring a stone relief of the Ascension by Harry Hems. Modeled on a 13th century Cistercian monastery, the building is noted for its acoustics and is a regular venue for choirs and Gregorian chants.
Bells: none. The former two bells were sold in the 1960s to raise funds
Notable people in cemetery: no consecrated cemetery
Current incumbent: As of 22 April 2018, The Rev. Phillip Johnson, vicar
Church web site: The Ascension Centre for Contemplation and Reconciliation
Parish website: Malvern Link with Cowleigh 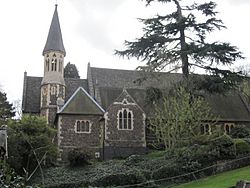 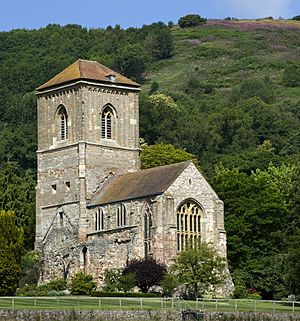 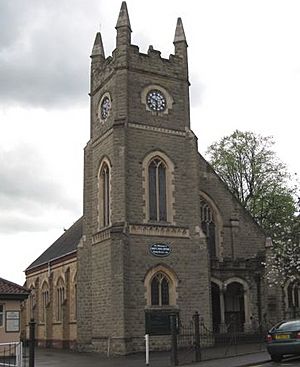 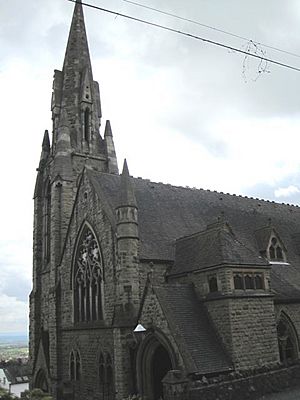 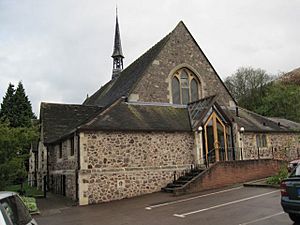 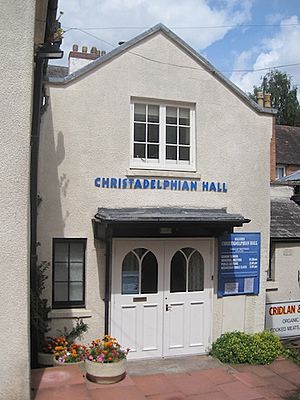 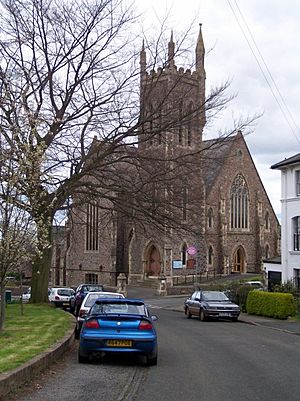 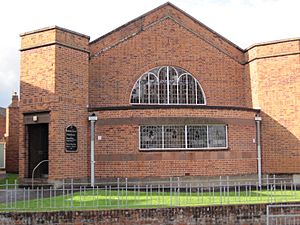 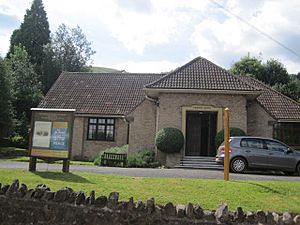 All content from Kiddle encyclopedia articles (including the article images and facts) can be freely used under Attribution-ShareAlike license, unless stated otherwise. Cite this article:
Places of worship in Malvern, Worcestershire Facts for Kids. Kiddle Encyclopedia.