The Census reported that 99.8% of the population lived in households and 0.2% lived in non-institutionalized group quarters.

Pleasure Point, on the northern Monterey Bay in Santa Cruz County, California, is a world-renowned surf location, traditionally defined as the area along the coast from 41st Ave to Moran Lagoon, up 30th Ave to Portola and over to 41st Ave down to the sea at the "Hook". It has a firmly rooted surf culture. 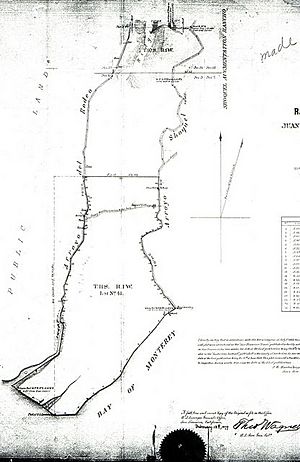 The Ohlone were the early inhabitants of the Central Coast, prior to the arrival of the Spaniards in 1769. The Spanish sent missionaries to introduce indigenous people to Christianity. The Spanish missions held onto their land and power for twelve years after the independence of Mexico from Spain in 1821. The Mexican government seized the Mission lands and distributed it to a few powerful families, among them the Rodriguezes and the Arandas. 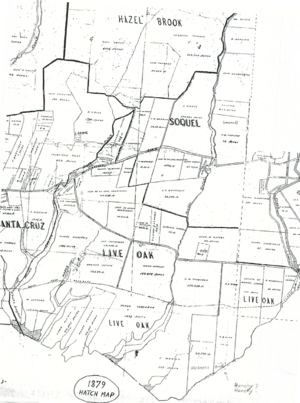 Rancho Arroyo del Rodeo was granted by Gov. Figueroa to Francisco Rodriguez. This area was used for cattle round ups by the Rodriguez and Castro families, in a natural amphitheater where the freeway crosses Rodeo Gulch. Also known as "Los Coyotes", a one-quarter square league from Rodeo Gulch to Soquel Creek, from the sea up. Rancho Encinalitos (little live oak ranch), owned by Alejandro Rodriguez, ran from Corcoran West and included the lands to Woods Lagoon.

The conclusion of the Mexican American War in 1850 resulted in more immigration. Americans and Europeans joined with the Mexican Rancho families or through purchase gained land in the area. In 1845 John Daubenbiss and John Hames bought 1,100 acres (4 km2) from Alexander Rodriguez. The Daubenbiss house is on the rise coming out of Soquel Village. The 1855 grant was confirmed by the land commission. Originally surveyed as 2,353 acres (10 km2) in 1858, it was resurveyed in 1861 as 1,473.04 acres (5.9612 km2). In 1869, after a second notice they appealed yet were held to the smaller size because they didn't object in time. H. and E. Pagels patented part of the lands in 1868. Hames and Daubenbiss patented this Rancho in 1882.

Children went to Santa Cruz high on the Capitola Street car. They planted the eucalyptus windbreak that still shelters the area now. They also provided over wintering for the monarch butterfly. The house burned on 12.14, 1915.

Rumor is that the Pleasure Point roadhouse 2-3905 E-Cliff was used in these endeavors.

As the contests between the surfers from Steamer Lane and Pleasure Point increased, the Pleasure Point Surfing Association reinvigorated the PPNF in the 1960s with the inspiration from Jim Phillip's, renowned surf art-skate artist under Harry Contie. 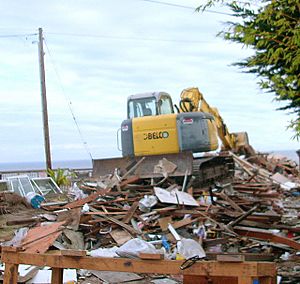 The beach at O'Neill's has long been used for surf access and gathering. Directly in front of O'Neill's house is the surf break called "O'Neill's" and next to it on the land is a dirt field called "The Dirt Farm". Jack is kind enough to let the community use the property for running local dogs or surf contests like the Log Jam which is sponsored by the Big Stick Surf Club. All contestants must use surf boards built before 1970 with no leashes. Famous surfers, including Peter Mel, Jay Moriarty, Adam Repogle, Chris Gallagher, Kieran Horn, Robert "Wingnut" Weaver, Marcel Soros, Flea Virostko, Kevin Reed, Richard Schmidt, Tanner Beckett, Christiaan Bailey, CJ Nelson and Homer Hernard. The early big wave rider Fred Van Dyke and the inventor of the wetsuit, Jack O'Neill, are historic figures associated with this area.

Two more spots surfed in the early 1970s are Little Wind & Sea and 26th. Both are just west of Sewers, First Peak, Second Peak, and sometimes at 26th Avenue to 36th Ave.

All content from Kiddle encyclopedia articles (including the article images and facts) can be freely used under Attribution-ShareAlike license, unless stated otherwise. Cite this article:
Pleasure Point, California Facts for Kids. Kiddle Encyclopedia.