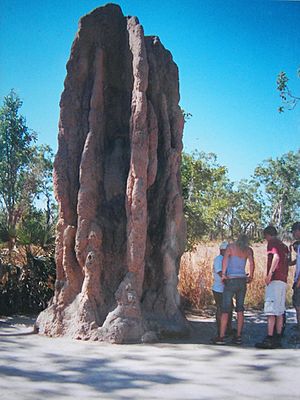 Million of termites built this termite city. However, termites are not people, so this city is a natural environment.

The roots of Natural Environment can be simply defined. 'Natural' can be classified

All content from Kiddle encyclopedia articles (including the article images and facts) can be freely used under Attribution-ShareAlike license, unless stated otherwise. Cite this article:
Natural environment Facts for Kids. Kiddle Encyclopedia.