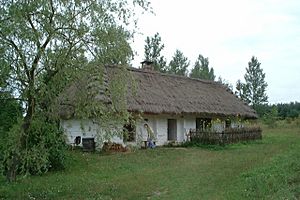 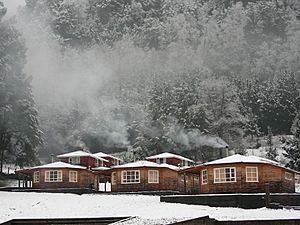 Cottages are usually found in villages or in the countryside, rather than in the town. They are nearly always built from material that can be found nearby. A cottage may be built of stone, of brick or of timber. It may have a roof of tiles, slates, shingles, shakes or thatch.

All content from Kiddle encyclopedia articles (including the article images and facts) can be freely used under Attribution-ShareAlike license, unless stated otherwise. Cite this article:
Cottage Facts for Kids. Kiddle Encyclopedia.