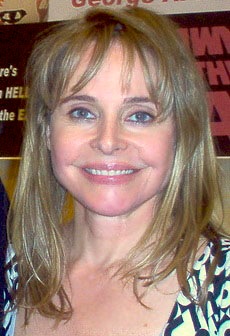 Priscilla Barnes (born December 7, 1955 in Fort Dix, New Jersey) is an American actress. She has been in many movies and in television programs. She starred in the sitcom Three's Company and the movies Mallrats and Licence to Kill. Some sources give 1955 as her birth date, while others say 1958.

All content from Kiddle encyclopedia articles (including the article images and facts) can be freely used under Attribution-ShareAlike license, unless stated otherwise. Cite this article:
Priscilla Barnes Facts for Kids. Kiddle Encyclopedia.