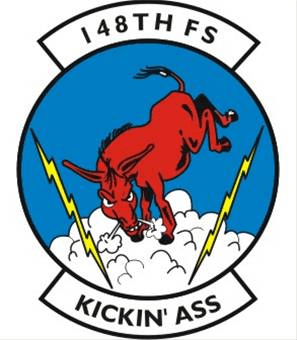 A pun is a joke which is a “play on words” (a game using words). People make puns in order to make other people laugh. Many jokes are actually puns. A pun usually uses a word which can have more than one meaning, even if the spelling is different:

Sometimes a pun may use a whole phrase that can be heard in more than one way, as in the following knock-knock joke:

(The last sentence is supposed to mean: “This was the way I used to speak before I got my false teeth”).

There is a joke about a man who sent ten different puns to friends in the hope that at least one of the puns would make them laugh. Unfortunately, no pun in ten did. (The joke here is on “no pun intended,” which is said when a person unintentionally says a pun by coincidence, and announces the find ).

There are many websites and books which have jokes, very often with puns.

Puns are easier to make in some languages than others. Languages with many homophones (words which sound the same but have a different meaning) such as the Chinese language are most suitable for puns.

Puns do not have to be about homonyms. They can sometimes be about a literal use of the word and a metaphor (figurative use). For example, if a young man joins the Navy and someone says that he "sailed through his exams", this is a joke because: 1) the expression "to sail through something" means "to do it easily", but 2) the Navy is about sailing in ships. It is possible to say something like that without realizing that it is a pun. Another example is if someone is deep in story about their how their two boys are growing up and eating more and more food. One of the parents just began a new job and the other parent says, "I hope [he/she] starts bringing home the bacon!" In this example, bacon is a play on words meaning both money and the food, bacon. Well played, sir.

Many British people love making puns, especially bad puns (where a word has to be mispronounced to make the joke work). Lewis Carroll made many puns in his books Alice in Wonderland and Alice through the Looking Glass.

These are also a few examples of different puns: Really cool music as the rock band plays on an iceberg, "You're fired!" as the man is shot from a gun.

"How is your vineyard doing?" a neighbor asked. The woman replied, "It's growing grape!" (play on words: "It's going great!")

All content from Kiddle encyclopedia articles (including the article images and facts) can be freely used under Attribution-ShareAlike license, unless stated otherwise. Cite this article:
Pun Facts for Kids. Kiddle Encyclopedia.