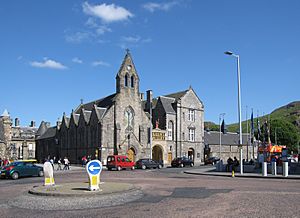 The Queen's Gallery is an art gallery in Edinburgh, Scotland. It forms part of the Palace of Holyroodhouse complex. It was opened in 2002 by Queen Elizabeth II, and exhibits works from the Royal Collection. It is open to the public daily. 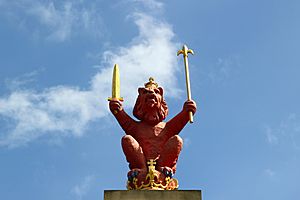 All content from Kiddle encyclopedia articles (including the article images and facts) can be freely used under Attribution-ShareAlike license, unless stated otherwise. Cite this article:
Queen's Gallery, Edinburgh Facts for Kids. Kiddle Encyclopedia.