Ridgway is a borough in and the county seat of Elk County, Pennsylvania, United States. As of the 2010 census it had a population of 4,078. 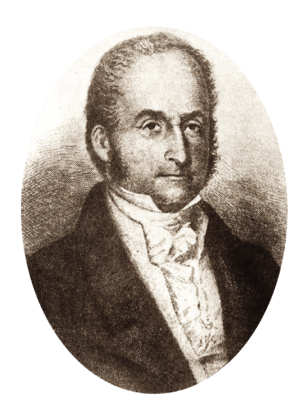 Ridgway was founded by Philadelphian shipping merchant Jacob Ridgway and James Gillis. Jacob Ridgway earned substantial wealth both in Philadelphia and abroad in London. He constantly sent sums of money back to be invested in property. In the early 19th century as part of a larger land purchase, Ridgway acquired 40,000 acres (160 km2) that became Elk County. One of Jacob Ridgway's nephews, James Gillis, convinced Ridgway that the area could become a very lucrative spot for a lumber camp due to the proximity of Elk Creek and the Clarion River, a tributary of the Allegheny River. Coal and natural gas abound in the district. In the past, the industrial interests were manufacturing leather, iron, clay, and lumber products, silk goods, railroad snow plows, dynamos, and machine tools. In 1900, the people living here numbered 3,515; in 1910, 5,408; in 1940, 6,253, and in 2010, 4,078.

The lumber industry continued to flourish in Ridgway, to the degree that around the start of the 20th century, the town claimed it had more millionaires per capita than any other town in the U.S.

The borough is in the valley of the Clarion River, where it is joined from the east by Elk Creek. U.S. Route 219 passes through the borough center, leading north 44 miles (71 km) to Bradford and south 28 miles (45 km) to DuBois.

Ridgway is home to the Ridgway Chainsaw Carving Rendezvous, the largest chainsaw carving gathering of its kind. In the summer months the Ridgway Volunteer Fire Department host their week-long celebration on their lot off North Broad Street. The Ridgway Heritage Council hosts the Tasting in the Wilds Festival, which is full of art, music, local wine tastings, and hand crafted brews.

There are many activities available in Ridgway. As the gateway to the Allegheny National Forest, which provides ATV trails, horseback riding, camping, fishing, and hiking, there are plenty of recreational opportunities for day trips, overnight camping, and touring the area. There are several unique shops, including clothing, gifts, art gallery, sporting goods, food, housewares, hardware, and anything a small town would feature. Ridgway has several bed and breakfasts, the Summit Fireside Lodge and Grill, and the oldest hotel in Elk County, the Royal Inn. The Wild and Scenic Clarion River hosts great trophy trout fishing, an afternoon float, or overnight camping along its banks. The Little Toby-Clarion River Rail Trail trek runs 18 miles (29 km) to Brockway. The trail is great for walking, running, and biking. A stroll within Ridgway's neighborhoods along Main Street will identify the rich history of the Hyde Murphy Company through the Victorian era.

All content from Kiddle encyclopedia articles (including the article images and facts) can be freely used under Attribution-ShareAlike license, unless stated otherwise. Cite this article:
Ridgway, Pennsylvania Facts for Kids. Kiddle Encyclopedia.