Rota (Chamorro: Luta), also known as the "Friendly Island", is the southernmost island of the United States Commonwealth of the Northern Mariana Islands (CNMI) and the second southernmost of the Marianas Archipelago. In early Spanish records it is called "Zarpana"; the name Rota may have come from the Spaniards possibly naming the island after the municipality of Rota, Spain. It lies approximately 40 nautical miles (74 km) north-northeast of the United States territory of Guam. Sinapalo village is the largest and most populated, followed by Songsong village (Songsong).

In 1521, the first European to see Rota was the lookout on Ferdinand Magellan's ship Victoria, Lope Navarro. However, Magellan's armada of three ships did not stop until they reached Guam, so the first European to arrive in Rota (in 1524), was the Spanish navigator Juan Sebastián Elcano, who annexed it together with the rest of the Mariana Islands on behalf of the Spanish Empire.

As with the other islands of the northern Marianas, Rota was sold to the German Empire under the German–Spanish Treaty of 1899. In World War I, the islands were occupied by the Japanese Empire. In 1919, the League of Nations formally recognized Japanese control under the South Seas Mandate. However, development of Rota lagged behind that of neighboring Tinian and Saipan, with only 1000 Japanese residents arriving by the end of December 1935, most of them employed in raising sugar cane and in sugar refining. The refinery was not economical, and it was closed three years later.

The Japanese garrison during World War II consisted of 1,031 Imperial Japanese Army men of the 10th Independent Mixed Brigade, under the command of Major Shigeo Imagawa, and about 600 Imperial Japanese Navy men. During the final stages of the war, Rota was occasionally bombed by aircraft of the U.S. Navy in an attempt to silence its radio transmitter that was providing warning to the Japanese home islands upon the take-off of B-29 Superfortress bomber attacks from Tinian, Saipan, and Guam, but the island was never invaded by American troops. B-29 bombers on Guam would use Rota to dump their bombs should they have a mechanical issue and need to turn back during a raid on Japan. On September 2, 1945, one hour after the surrender of Japan, a detachment of U.S. Marines arrived on Rota to accept the surrender of the Japanese garrison, which numbered 947 Imperial Japanese Army and 1853 Imperial Japanese Navy.

After the end of World War II, Rota became part of the Trust Territory of the Pacific Islands. Since 1978, the island has been a part of the Commonwealth of the Northern Mariana Islands. 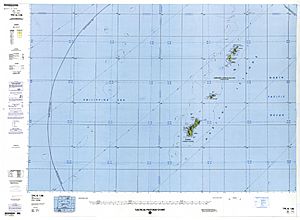 Northern Marianas College established the Rota Instructional Site to provide post-secondary, continuing, and adult education and training opportunities for the purpose of improving the quality of life for the people of Rota.

Since its inception in August 1986, the Rota Instructional Site has assisted many people who chose to pursue college education locally over the high cost of post-secondary education elsewhere. Many students have obtained a Certificate of Completion, an associate degree, or the bachelor of science degree in Elementary Education, have found better paying jobs, and have continued pursuing higher degrees.

The results are positive, and the community has depended on NMC for quality education and training. Presently, Rota offers a variety of programs:

Rota's elementary school and junior high school (middle school) were formerly located in the same area and shared class buildings at Songsong village. After the new elementary school was built in Sinapalo, the Songsong village school ground was reopened as Rota Junior High. In 2010, the junior high school was renamed for the former Commissioner of Education, Dr. Rita Hocog Inos.

Antonio C. Atalig Memorial Rota Public Library of the State Library of the Commonwealth of the Northern Mariana Islands is in Songsong, Rota. The current library was built circa 2002 but it did not open until its "soft" opening on February 26, 2012. It was named after Mayor of Rota Antonio C. Atalig. It adopted its current name in 1981.

All content from Kiddle encyclopedia articles (including the article images and facts) can be freely used under Attribution-ShareAlike license, unless stated otherwise. Cite this article:
Rota (island) Facts for Kids. Kiddle Encyclopedia.