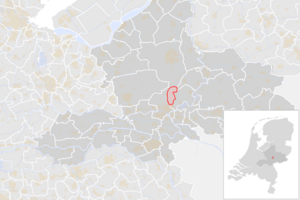 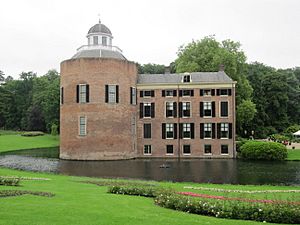 Rozendaal is a village and municipality in the Province of Gelderland, the Netherlands.

Rozendaal lies at the southern edge of the nature reserve of the Veluwe, and consists of heath and forests.

The village is just northeast of the city of Arnhem, and borders the village of Velp.

All content from Kiddle encyclopedia articles (including the article images and facts) can be freely used under Attribution-ShareAlike license, unless stated otherwise. Cite this article:
Rozendaal Facts for Kids. Kiddle Encyclopedia.