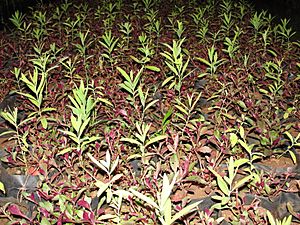 A closeup of sandal saplings

Sandalwood is a nice-smelling wood and also the oil made from it. It is used for perfume and medicine. They are found in India, Australia, Indonesia, and the Pacific Islands. Its genus is Santalum. In Indonesia and Malaysia, its local name is Cendana. 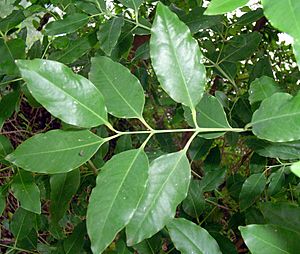 Producing commercially valuable sandalwood with high levels of fragrance oils requires Santalum trees to be a minimum of 15 years old (S. album) the age at which they will be harvested in Western Australia – the yield, quality and volume are still to be clearly understood. Yield of oil tends to vary depending on the age and location of the tree; usually, the older trees yield the highest oil content and quality. Australia likely will be the largest producer of S. album by 2018, the majority grown around Kununurra, Western Australia. Western Australian sandalwood is also grown in plantations in its traditional growing area in the wheatbelt east of Perth, where more than 15,000 ha (37,000 acres) are in plantations. Currently, Western Australian sandalwood is only wild harvested and can achieve upwards of AU$16,000 per tonne, which has sparked a growing illegal trade speculated to be worth AU$2.5 million in 2012.

Sandalwood is expensive compared to other types of woods, so to maximize profit, sandalwood is harvested by removing the entire tree instead of sawing it down at the trunk close to ground level. This way wood from the stump and root, which possesses high levels of sandalwood oil, can also be processed and sold. 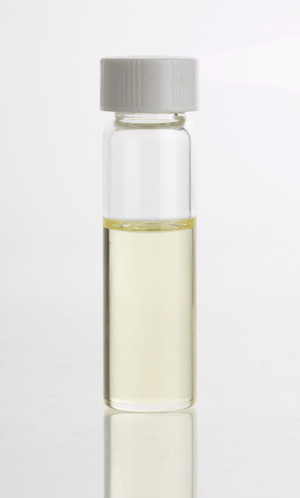 Sandalwood oil has a distinctive soft, warm, smooth, creamy, and milky precious-wood scent. It imparts a long-lasting, woody base to perfumes from the oriental, woody, fougère, and chypre families, as well as a fixative to floral and citrus fragrances. When used in smaller proportions in a perfume, it acts as a fixative, enhancing the longevity of other, more volatile, materials in the composite. Sandalwood is also a key ingredient in the "floriental" (floral-ambery) fragrance family – when combined with white florals such as jasmine, ylang ylang, gardenia, plumeria, orange blossom, tuberose, etc.

Sandalwood oil in India is widely used in the cosmetic industry. The main source of true sandalwood, S. album, is a protected species, and demand for it cannot be met. Many species of plants are traded as "sandalwood". The genus Santalum has more than 19 species. Traders often accept oil from closely related species, as well as from unrelated plants such as West Indian sandalwood (Amyris balsamifera) in the family Rutaceae or bastard sandalwood (Myoporum sandwicense, Myoporaceae). However, most woods from these alternative sources lose their aroma within a few months or years.

Isobornyl cyclohexanol is a synthetic fragrance chemical produced as an alternative to the natural product.

Sandalwood's main components are the two isomers of santalol (about 75%). It is used in aromatherapy and to prepare soaps.

All content from Kiddle encyclopedia articles (including the article images and facts) can be freely used under Attribution-ShareAlike license, unless stated otherwise. Cite this article:
Sandalwood Facts for Kids. Kiddle Encyclopedia.