Shelbyville is in Middle Tennessee on a Highland Rim limestone bluff upon the banks of Duck River, which flows around the southern and eastern sides of town.

According to the United States Census Bureau, the city has a total area of 18.6 square miles (48.2 km2), all land.

Shelbyville is at the intersection of U.S. Route 231 and U.S. Route 41A. It was the terminus of a branch line (from Wartrace), located along what is now known as Railroad Avenue, connecting with what was once known as the Saint Louis, Nashville and Chattanooga Railroad.

Shelbyville was featured in Miranda Lambert's video "Famous in a Small Town". The city was also profiled in the film Welcome to Shelbyville, as part of the PBS documentary film series Independent Lens. The film spotlights recent demographic changes in the community, with a focus on the growing number of immigrants from Latin America and Somalia (both Somalis and people from the Bantu minority ethnic group). Shelbyville was also featured in GADA film's "Our Very Own" (2005 Film), directed by Cameron Watson. The film, dubbed "a love story to Shelbyville", highlights some of the peculiar and humorous memories of Shelbyville in the 1970s. The film follows five teenagers who are determined to meet Shelbyville's own Sondra Locke. Filmed in 2004, it highlights the square, Capri Theater, Pope's Cafe, Central High School, Duck River Dam, TWHNC, and many other landmarks. Cameron Watson is also one of Shelbyville's own. 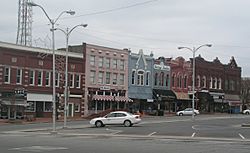 Shelbyville is known as "The Pencil City" because of its historical importance as a center of wood-cased pencil manufacturing. It is still a site for manufacture of writing instruments. In 1982, National Pen Corporation purchased its largest competitor, U.S. Pencil and Stationery Company. Sanford Corporation produces the Sharpie, the world's top-selling writing instrument, in the city. It was in Shelbyville in 1991 that the world's longest pencil was produced, a plastic-cased pencil 1,091 feet (333 m) long, weighing 27 pounds (12 kg).

Other major business operations in Shelbyville include manufacturers Calsonic Kansei, Newell Rubbermaid, Cebal America, and Jostens; it is also home to a Tyson Foods facility and a distribution center for Wal-Mart, as well as several nationwide trucking businesses.

After the end of non-penal slavery in the United States the AME Church opened a school for African-American children. The public school system graduated its first black class in 1890. The schools for African-American children operated by the district were East Bedford School and Bedford County Training School for Negroes (a.k.a. John McAdams High School and also Harris High School for Negroes). Schools racially integrated after 1964. 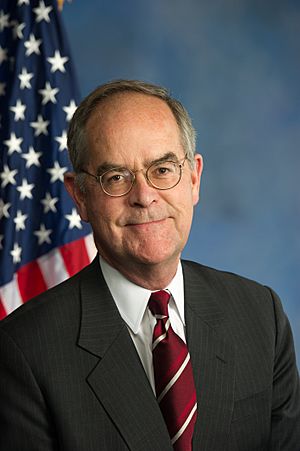 All content from Kiddle encyclopedia articles (including the article images and facts) can be freely used under Attribution-ShareAlike license, unless stated otherwise. Cite this article:
Shelbyville, Tennessee Facts for Kids. Kiddle Encyclopedia.