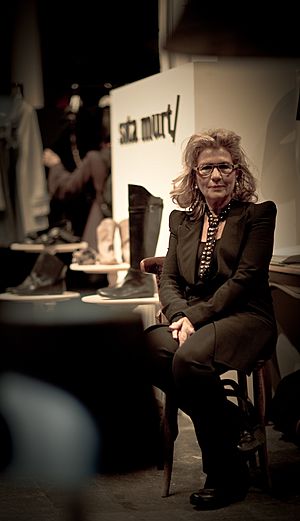 Sita Murt ( 1946 – 1 December 2014) was a Catalan fashion designer and businesswoman. She was born in Barcelona, Spain. She was known for designing soft clothing and for producing the clothes in the movie Vicky Christina Barcelona.

All content from Kiddle encyclopedia articles (including the article images and facts) can be freely used under Attribution-ShareAlike license, unless stated otherwise. Cite this article:
Sita Murt Facts for Kids. Kiddle Encyclopedia.