The Southside Historic District is a large, prestigious historic neighborhood in Racine, Wisconsin, including over 500 contributing structures in various architectural styles. It was added to the National Register of Historic Places in 1977.

Contributing buildings in the district were built from 1842 to 1924. Here is a selection roughly in the order built: 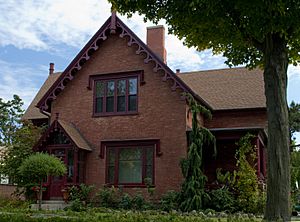 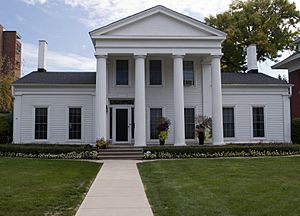 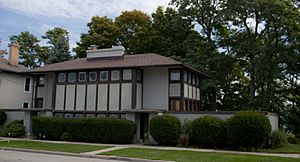 All content from Kiddle encyclopedia articles (including the article images and facts) can be freely used under Attribution-ShareAlike license, unless stated otherwise. Cite this article:
Southside Historic District (Racine, Wisconsin) Facts for Kids. Kiddle Encyclopedia.