Springfield Township is a township in Fayette County, Pennsylvania, United States. The population was 3,043 at the 2010 census. The Connellsville Area School District serves the township.

Normalville was originally named "Elm". In the late 1800s, a normal school (a school to train teachers) was built close to the site of the present-day Springfield Elementary School. Following the building of the school, the community was renamed "Normalville". 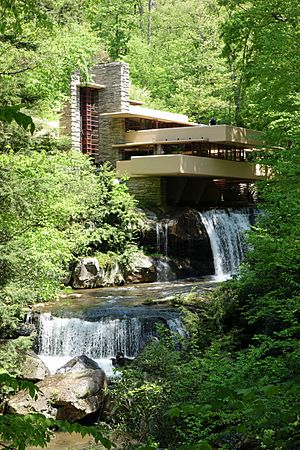 All content from Kiddle encyclopedia articles (including the article images and facts) can be freely used under Attribution-ShareAlike license, unless stated otherwise. Cite this article:
Springfield Township, Fayette County, Pennsylvania Facts for Kids. Kiddle Encyclopedia.