Sweetwater is a city in Monroe and McMinn counties in the U.S. state of Tennessee, and the most populous city in Monroe County. The population was 5764 at the 2010 census and 6,312 at the 2020 census. Sweetwater is the home of the Craighead Caverns which contains the Lost Sea, the United States' largest underground lake.

A legend states that the town's name originated from settler's descriptions of area springs.

Sweetwater was established in the 1850s on a series of lots sold by Isaac Lenoir (1807–1875), a local politician and son of the founder of Lenoir City (located a few miles to the northeast in Loudon County). Sweetwater was officially incorporated in 1875. 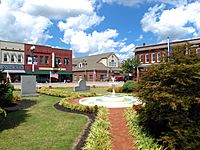 Sweetwater is centered along U.S. Route 11 between its junction with State Route 68 to the south and State Route 322 to the north. Interstate 75 passes along the western boundary of Sweetwater.

According to the United States Census Bureau, the city has a total area of 6.9 square miles (17.9 km²), all land.

Sweetwater is located in a valley amidst the foothills of the Great Smoky Mountains, and is surrounded by farmland. 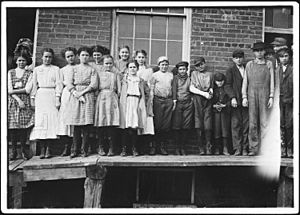 As of 1989[update], most of the economy consisted of agriculture business. In addition, some light industry is located in Sweetwater, including a chemical factory, a hosiery mill, and a stove plant. A new Walmart Supercenter opened on September 11, 2013 and added 200 jobs to the Sweetwater area. A Rural King store opened in Feb 2018. On January 15, 2022, Red Stag Fulfillment announced plans to develop a 420-acre ecommerce distribution center along I-75, estimated to provide 3,500 jobs and annual tax revenue of $1.9 million to the city of Sweetwater. 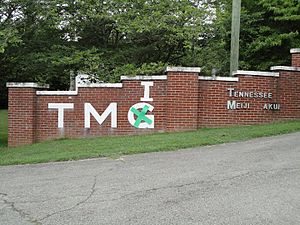 The U.S. Census Bureau indicates the Sweetwater district is entirely in Monroe County, and that the small McMinn County portion of the city is in McMinn County Schools.

Cross Creek K-12 operates as a private Christian school. It was developed by the couple Harold Jeffers Darragh, who also developed Willow Creek, and Karen Darragh.

All content from Kiddle encyclopedia articles (including the article images and facts) can be freely used under Attribution-ShareAlike license, unless stated otherwise. Cite this article:
Sweetwater, Tennessee Facts for Kids. Kiddle Encyclopedia.