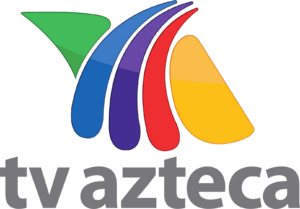 TV Azteca, is a Mexican multimedia conglomerate owned by Grupo Salinas. It is the second-largest mass media company in Mexico after Televisa. As of 2017, it competes in Mexico with Televisa. It operates two television networks in Mexico: Azteca 7 and Azteca Trece. It also operates repeaters and affiliate stations in most major and minor cities.

All content from Kiddle encyclopedia articles (including the article images and facts) can be freely used under Attribution-ShareAlike license, unless stated otherwise. Cite this article:
TV Azteca Facts for Kids. Kiddle Encyclopedia.