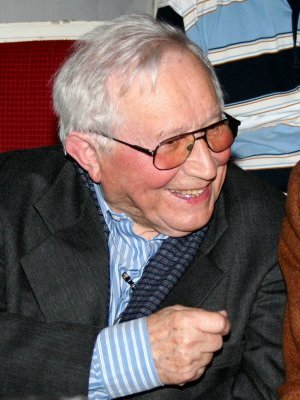 Różewicz was born in Radomsko near Łódź. His brothers, Janusz and Stanisław, were also writers. Janusz was executed in 1944 during World War II.

All content from Kiddle encyclopedia articles (including the article images and facts) can be freely used under Attribution-ShareAlike license, unless stated otherwise. Cite this article:
Tadeusz Różewicz Facts for Kids. Kiddle Encyclopedia.