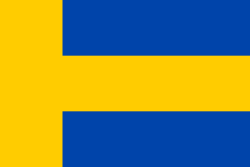 Teplice (German name: Teplitz) is a city in Bohemia, the western area of the Czech Republic. Teplice (pronounced in Czech: “Tep-li-tse”) is a famous spa town where, in earlier times, lots of famous people went for holidays to improve their health. Goethe, Beethoven, Chopin, Franz Liszt and Richard Wagner all stayed there.

Teplice lies between Prague and Dresden in a mountain area called Krušné hory (Iron Mountains). In the year 762 hot springs were found there. The waters from these springs helped people who were ill to get better so it became a spa town.

Since 1990 many buildings have been restored. The Krušnohorské divadlo (Krušnohorské theatre) is now being refurbished. The North Bohemia Philharmonic Orchestra give concerts there in the open air. There is a museum and many restaurants, wine bars and cafés. In the winter the mountain slopes are good for skiing.

All content from Kiddle encyclopedia articles (including the article images and facts) can be freely used under Attribution-ShareAlike license, unless stated otherwise. Cite this article:
Teplice Facts for Kids. Kiddle Encyclopedia.