Toni Collett (born 1 November 1972), credited professionally as Toni Collette, is an Australian actress and musician, known for her acting work on stage, television, and film, as well as a secondary career as the lead singer of the band Toni Collette & the Finish. She has received six AACTA Awards, one Primetime Emmy Award, one Golden Globe Award and one Screen Actors Guild Award, and has been nominated twice for a British Academy Film Award and both once for an Academy Award and a Tony Award.

From 2009 to 2011, she played the lead roles on the television series United States of Tara, for which she won Primetime Emmy and Golden Globe awards for Best Actress. Collette returned to Broadway in 2014 in The Realistic Joneses, for which she earned a Drama Desk Special Award. 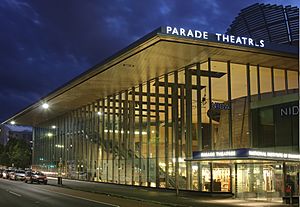 Toni Collett was born in Blacktown, a suburb in Sydney, the daughter of Judith (née Cook), a customer-service representative, and Bob Collett, a truck driver.

She was born with the surname "Collett", but added an "e" at the end to be her stage name. In a 2015 episode of Who Do You Think You Are? she discovered that her biological paternal grandfather was an American Chief Petty Officer in the U.S. Navy stationed in Australia during World War II, whose name Toni does not know. From an early age, Collette showed a talent for acting. She faked appendicitis when she was eleven, and was so convincing that doctors removed her appendix, although tests showed nothing wrong with it.

She attended Blacktown Girls' High School until the age of 16, and later attended both the Australian Theatre for Young People and National Institute of Dramatic Art. Her first acting role was onstage in the musical Godspell in Sydney in her early teens. 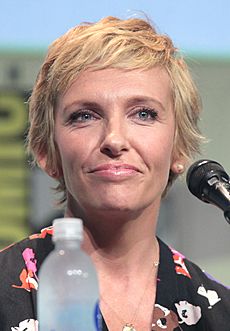 She is a supporter of animal rights and PETA. She urged former Prime Minister John Howard to end the Australian sheep farming practice of mulesing, which many animal rights activists consider cruel.

All content from Kiddle encyclopedia articles (including the article images and facts) can be freely used under Attribution-ShareAlike license, unless stated otherwise. Cite this article:
Toni Collette Facts for Kids. Kiddle Encyclopedia.