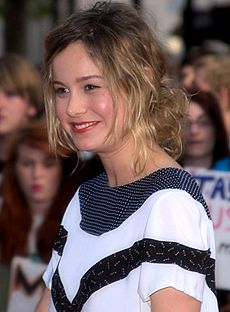 She played Molly in the 2012 movie version of 21 Jump Street. She also played Envy in Scott Pilgrim vs. the World. Larson won the Academy Award for Best Actress for her role as Ma in the 2015 movie Room.

All content from Kiddle encyclopedia articles (including the article images and facts) can be freely used under Attribution-ShareAlike license, unless stated otherwise. Cite this article:
Brie Larson Facts for Kids. Kiddle Encyclopedia.