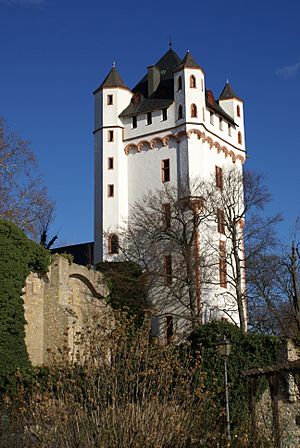 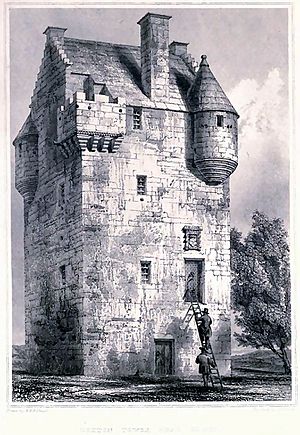 Sketch of a tower house, as they were common in Great Britain

A tower house is a tower that has been built for two purposes: First, it has been built so that it is easy to defend, and secondly, it serves as living quarters. Tower houses first appeared in the Middle Ages, in mountainous or limited access areas. They were built there to both command and defend strategic points with a small force. At the same time, they were also used as an aristocrat's residence. Very often, a castle town was constructed around these houses.

All content from Kiddle encyclopedia articles (including the article images and facts) can be freely used under Attribution-ShareAlike license, unless stated otherwise. Cite this article:
Tower house Facts for Kids. Kiddle Encyclopedia.