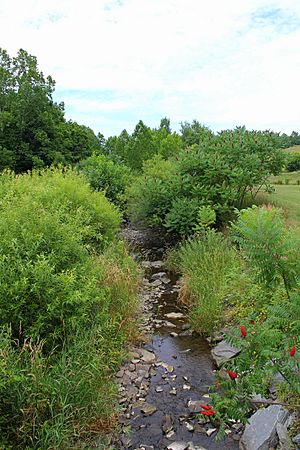 Trout Brook flows alongside roads for most of its length. There are numerous wetlands and ponds or lakes in the stream's watershed.

Trout Brook and all of its unnamed tributaries are classified as Coldwater Fisheries.

Trout Brook was entered into the Geographic Names Information System on January 1, 1990 due to its presence in Israel C. White's 1883 book The geology of the North Branch Susquehanna River Region in the six counties of Wyoming, Lackawanna, Luzerne, Columbia, Montour and Northumberland. Its identifier in the Geographic Names Information System is 1202092.