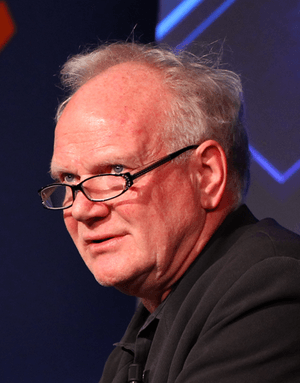 Ulrich Beck (15 May 1944 – 1 January 2015) was a German sociologist and educator. He made the term risk society out of globalization. And made studies on democratic and cosmopolitan society. He was also a professor of sociology at the University of Munich and at the London School of Economics.

Beck was born in the Pomeranian town of Stolp (now Słupsk in Poland). He got his Ph.D. in 1972. He was married to Elisabeth Beck-Gernsheim.

All content from Kiddle encyclopedia articles (including the article images and facts) can be freely used under Attribution-ShareAlike license, unless stated otherwise. Cite this article:
Ulrich Beck Facts for Kids. Kiddle Encyclopedia.