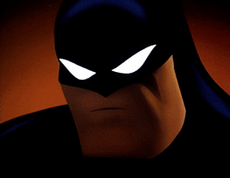 The vigilante Batman as depicted in the award-winning 1990s Batman: The Animated Series

Vigilante is a person who takes the law into their own hands. Vigilantes often operate in secret. The origins of the term Vigilante stems from the name "Vigiles Urbanus" given to the night watchmen of Ancient Rome who were tasked with fighting fires and keeping a look out for run away slaves and burglars.

In the United States vigilantism was especially strong in Montana during the days of the gold rush and in California during the struggle for control of the gold fields after the gold rush of 1849 and during labor unrest between the World Wars. However vigilantism frequently broke out in other areas of the country and often resulted in lynching of suspected criminals. Not all activities were spontaneous; nineteenth century America had several well-organized vigilance committees.

In Spanish, vigilante means 'watchman', which is how many of these groups started, where there was no organized law enforcement.

Vigilantism is also the basic concept from which many contemporary fictions are derived, including stories published in dime novels and comic books. Many of the heroes of pulp fiction, such as Doc Savage and The Shadow, and comic book superheroes, such as Batman, Daredevil, and Spider-Man, are considered to be vigilantes due to their actions being self-motivated, and generally aimed at a good result, rather than being duly-appointed officers of the law. The extreme of the vigilante-type superhero is Marvel Comics' character The Punisher, who used flagrantly illegal methods such as assassination to fight criminals, while second up being Daredevil who after the Frank Miller age, began killing enemies in cold blood.

In the modern-day western world, vigilantism often occurs when the local population is frustrated with the complex and time-wasting and seemingly unfair court procedures and rulings that apparently allow felons to walk free or be found not guilty. Vigilante "justice" often takes the form of assault, arson, and possibly even death of the accused person. At times, certain criminals will opt to forgo parole for fear of receiving vigilante justice when they were released.

Modern-day vigilantes have a reputation for 'bringing justice' to the wrong person. Others have been known to use punishments not necessary to the offence, such as killing a shoplifter when shoplifting is not a killing offence, others do not plan properly and have accidentlly killed innocent people, such as being hit in a shootout. Examples of vigilantes like these have been featured in the Marvel comic The Punisher, appearing as Mr. Payback, Elite and The Holy. Real life examples of these can be seen at the bottom of the article.

Nowadays vigilantism not only occurs on the streets but also in schools. As a result of bullying and authority figures who fail to enforce the rules, angered students often find in vigilantism a violent way to restore the missing order.

All content from Kiddle encyclopedia articles (including the article images and facts) can be freely used under Attribution-ShareAlike license, unless stated otherwise. Cite this article:
Vigilante Facts for Kids. Kiddle Encyclopedia.