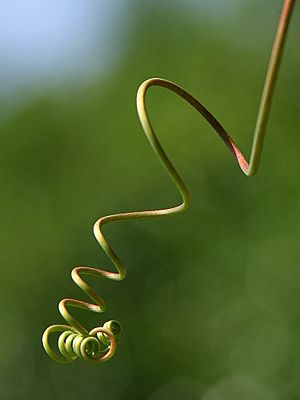 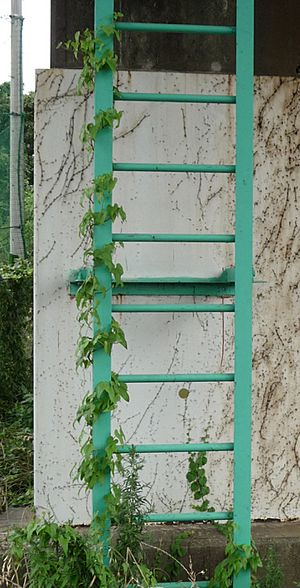 A vine is a climbing plant which use stems or runners. These runners trail on the ground, and will climb up when it is possible. It is a growth habit or life habit which makes use of trees to reach light in natural habitats.

All content from Kiddle encyclopedia articles (including the article images and facts) can be freely used under Attribution-ShareAlike license, unless stated otherwise. Cite this article:
Vine Facts for Kids. Kiddle Encyclopedia.