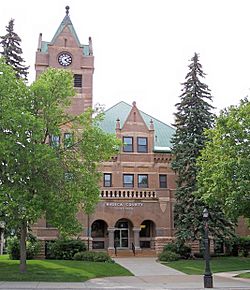 The Waseca County Courthouse in 2007

Waseca is a city in Waseca County, Minnesota, United States. The population was 9,410 at the 2010 census. It is the county seat.

Waseca was platted in 1867. The city took its name from Waseca County, Minnesota. A post office has been in operation at Waseca since 1867. Waseca was incorporated as a city in 1881. 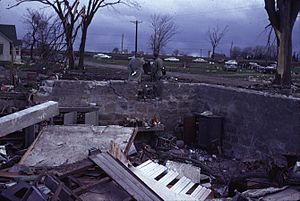 A leveled house from the 1967 tornado

On April 30, 1967, Waseca was severely damaged from the 1967 Southern Minnesota tornado outbreak. 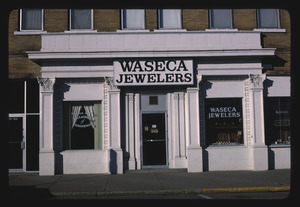 Waseca opened a waterpark in June 2007.

Waseca is home to the Waseca Medical Center, part of the Mayo Health System.

Waseca is home to many schools. The school colors are blue and gold and the school mascot is the Bluejay.

Also starting with the 2012–2013 school year, Waseca High School (WHS) became the Waseca Junior and Senior High School (WJSHS), housing grades 7 through 12 instead of only 9 through 12, as it was in the past.

Sacred Heart School is a private Catholic elementary school, ranging from kindergarten through fourth grade, located in Sacred Heart Catholic Church. Sacred Heart also has a Montessori preschool. There is also another preschool, Hansel & Gretel, which is located at Faith United Methodist Church as well as other preschools such as Waseca County Head Start.

Waseca has a charter school called TEAM Academy, hosting students from kindergarten-6th grade. Until recently, TEAM Academy was sponsored by the Public Schools.

Formerly, Waseca was home to the University of Minnesota Waseca a two-year technical college (before it was converted to the Federal Correctional Institution, Waseca) and the Southern School of Agriculture boarding high school.

All content from Kiddle encyclopedia articles (including the article images and facts) can be freely used under Attribution-ShareAlike license, unless stated otherwise. Cite this article:
Waseca, Minnesota Facts for Kids. Kiddle Encyclopedia.